The ILL Effects of Sins 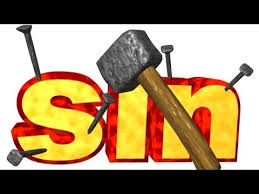 ONE: The prevention of knowledge: Knowledge is a light which Allaah سُبحانه وتعالى throws into the heart and disobedience extinguishes this light.

“I complained to Wakee’ about the weakness of my memory, so he ordered me to abandon disobedience. And informed me that the knowledge is light. And that the light of Allaah is not given to the disobedient. ”

THREE: The prevention of obedience (to Allaah): If there was no other punishment for sin other than that it prevents one from obedience to Allaah سُبحانه وتعالى then this would be sufficient.

FIVE: Disobedience reduces the lifespan and destroys any blessings: Just as righteousness increases the lifespan, sinning reduces it.

SIX: Disobedience sows its own seeds and gives birth to itself until separating from it and coming out of it becomes difficult for the servant. 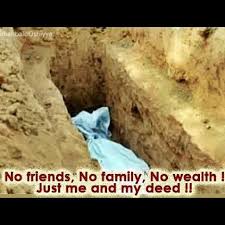 
So, fear your lord and look to your deeds and seek not but the pleasure of Allaah!
Read more »
Posted by Umm Hasna at 6:45:00 PM No comments:

If you ask, then ASK Allaah... The Messenger of Allaah صلّى اللَّهُ عليه وسلّم said:
“Whoever prays Fajr is under the protection of Allaah, so DO NOT fall short with regard to the rights of Allaah, for anyone who does that, Allaah will seize him and will throw him on his face into the Fire of Hell.”
[Muslim 657]
Al-Teebi

رحمه الله said:
"The reason why Fajr prayer is singled out for mention here is because of the hardship that it entails, and performing it is a sign of a man’s sincerity and faith, and whoever is a sincere believer is under the protection of Allaah."
[Sharh Mishkaat al-Masaabeeh by al-Teebi (2/184)] Al-Baydaawi

رحمه الله said:
"It may be that what is meant by protection is that prayer brings security (from the punishment of Allaah), so what is meant is:  Do NOT abandon Fajr prayer, and DO NOT be heedless about it, lest you break the covenant that exists between you and your Lord, and Allaah seizes you, for whomever He seizes He will throw on his face into the Fire. That is because Fajr prayer is somewhat difficult and burdensome. So performing it is a sign of the believer’s sincerity, and the one who is sincere is under the protection of Allaah."
[End quote from Fayd al-Qadeer (6/164)]

What is the best way to seek knowledge? 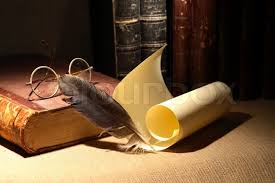 Question: Briefly, what is the way to seek knowledge, and may Allaah reward you with good?

Briefly, in point form, the way to seek knowledge is as follows:

1) Take care to memorize the Book of Allaah سُبحانه وتعالى and allocate some time every day to memorize and read, such that your recitation is with reflection and understanding. And if you come across a beneficial point whilst reading, then make a note of it;

2) Take care to memorize that which is easy (for you) from the authentic Sunnah of the Messenger صلّى اللَّهُ عليه وسلّم and from that (I recommend) memorizing (the book) ‘Umdatul-Ahkaam;

3) Take care in concentrating and confirming (whilst seeking knowledge) such that you do not take a little knowledge from here and a little from there. This is because this wastes your time and (unnecessarily) busies your mind;

4) Start with the smaller books and study them well, then move on to that which is above this (in level) until you obtain knowledge little by little in a manner which makes firm (the knowledge) in your heart and to that which you are at peace (comfortable) with;

5) Take care to understand the fundamental issues, their rules and the limits of all that passes by you, as it has been said:

Whoever does not take care to learn the fundamentals/principles, then he has prevented (himself) from arriving at the conclusion/goal; 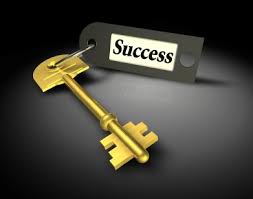 ‎"Verily amongst the people are those who are keys to good ‎and locks to evil. And amongst the people are those who ‎are keys to evil and locks to good. So Toobaa‎ [1] for the ‎one whom Allaah has placed the keys of good upon his hands and woe be to the one ‎whom Allaah has placed the keys of evil at his disposal.” ‎
[Sunan Ibn Maajah #237, Ibn Abi 'Aasim in "As-Sunnah" #297, Musnad At-Tayaalisi #2082, Al-Bayhaqi in Shu'ab al-Eemaan #698, & Al-Albani declared it good in As-Saheehah #1332]

"From the ways to be a key to good is by supplication."

Classes on 'The Beneficial Fundamentals in Learning the Arabic Language'

**COMMENCEMENT OF DUROOS for Beginners!!**
on
'The Beneficial Fundamentals in Learning the Arabic Language'

Kindly Download and print the PDF of the Text book from the link below:

Send questions pertaining to the lessons (before 7:00a.m. Yemeni time) to:
ahsanqawl@gmail.com

The lessons are conducted at Darul Hadeeth-Masjid Al-Fath, San'aa EVERY DAY & will be available to listen & download after 10.00 a.m. Yemeni time, إن شاء الله. 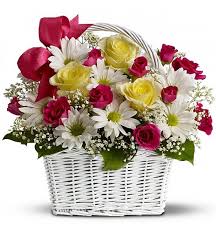 It is unanimously agreed  by the Scholars of Islaam that:

This course is for those who have some basic knowledge of the Arabic language. The name of the Book we will be using is المَدخَلْ فِي عِلْمُ الصَّرف (The entrance into the Science of Sarf) -- by Sheikh Fath-hul Qadsi حفظه الله. This book has everything a beginner needs to know. Thereafter, depending on the level of the students, more material will be added, insha-Allaah.

Wake up at Night.. Recite this Dhikr & seek Forgiveness...

"Whoever gets up at night and says: –

Then he says : اللهمَ اغْفِرْلي   O Allaah forgive me (Allaahumma aghfirlee), or he supplicates and his supplication is answered, and if he makes Wudhu and prays, then his prayer is accepted."

From the Benefits of the Sittings of Knowledge

“A people do not sit together remembering Allaah and then rise from their place of sitting, except that it is said to them: "Rise! For indeed Allaah has forgiven your sins and has turned your evil deeds into good ones!”