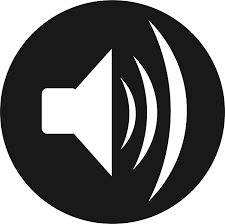 "An Explanation as to when to start & how to say Takbeer for Eidul-Adhaa" By Nawwas Al-Hindi (حفظه الله) in Colombo, Sri Lanka

How should women go out on the Day of Eid??

"Verily it is recommended for them [the women] to come out not perfumed & not wearing a clothing of fame/popularity nor adornment. They should come out in the clothing they wear when serving/working due to the statement of the Prophet   صلّى اللَّهُ عليه وسلّم:

"but they may go out (to the Masjid) having not perfumed themselves.."
[Saheeh Sunan Abi Dawood no. 565]

"That is, not perfumed. It is said a woman is (تفلة) if her scent changes. That is what ibn Abdul Barr said and others said. That is what Shawkaani رحمه الله said. In al-Ma'aalim it states: (التفل) is a bad scent. A woman is said to be (تفلة) if she is not perfumed and women are called (تفلات) [end quote].

Verily, they were ordered that and prohibited from perfume as in the narration of Muslim ibn Zaynab so that they do not stir the men by their perfume. Connected to perfume is whatever takes its meaning from the things that stir the desires, like good clothing and jewelry whose traces are seen and luxurious adornment".
['Awn al-Ma'bood]

However, some of the Salaf interpreted the word (تفلات ) to mean without perfume, instead of smelling bad.
Read more »
Posted by Umm Hasna at 9:46:00 PM No comments:

What is the goal of Udhiyyah (Sacrifice)?

لَن يَنَالَ اللَّهَ لُحُومُهَا وَلَا دِمَاؤُهَا وَلَكِن يَنَالُهُ التَّقْوَى مِنكُمْ كَذَلِكَ سَخَّرَهَا لَكُمْ لِتُكَبِّرُوا اللَّهَ عَلَى مَا هَدَاكُمْ وَبَشِّرِ الْمُحْسِنِينَ
“It is neither their meat nor their blood that reaches Allaah, but it is Taqwa from you that reaches Him. Thus have We made them subject to you that you may proclaim Allaah’s greatness for His guidance to you. And give glad tidings to the doers of good.”
(Al-Hajj 22:37)

Allaah سُبحانه وتعالى says: this sacrifice is prescribed for you so that you will remember Him at the time of slaughter, for He is the Creator and Provider. Nothing of its flesh or blood reaches Him, for He has no need of anything other than Himself. During the time of Jahiliyyah, when they offered sacrifices to their gods, they would put some of the meat of their sacrifices on their idols, and sprinkle the blood over them. But Allaah سُبحانه وتعالى says:

The Etiquettes of Slaughtering


There are certain etiquettes one must abide by when slaughtering an animal for a sacrificial offering. However, these etiquettes are not conditional for the validity of a sacrifice. So the sacrifice is still valid even in their absence. Among these etiquette are:

1. He should face the Qiblah with the animal at the time of slaughtering.

2. He must slaughter the animal in a good manner, which is by quickly and firmly passing a sharpened blade over the neck area.

Some scholars hold the view that this etiquette is obligatory based on the implication found in the Prophet’s saying:

“Verily Allaah has prescribed proficiency in everything. So when you kill, kill proficiently. And when you sacrifice, sacrifice proficiently. Each of you should sharpen his blade and lessen the pain inflicted on his sacrificial offering.”
(Muslim)
This opinion is the correct view.

3. The slaughter of a camel must be done by cutting the area just below the neck and above the chest. This is known as nahr. As for all other types of animals, their necks should be sliced.

FASTING THE DAY OF ’ARAFAH

The ninth day of Dhul-Hijjah is the day of ’Arafah which will fall on the 23rd of September 2015 inshaAllaah, since it is on this day that the pilgrims gather at the mountain plain of ’Arafah, praying and supplicating to Allaah سُبحانه وتعالى.

It is mustahabb (highly recommended) for those who are not pilgrims to fast on this day, since the Prophet (صلّى اللَّهُ عليه وسلّم) was asked about fasting on the day of ’Arafah, so he said, “It expiates the sins of the past year and the coming year.” [4]
Read more »
Posted by Umm Hasna at 8:00:00 PM No comments: