Ya Ghulam, Be Mindful Of Allaah !

Imaam At-Tirmidhi narrated: On the authority of Abdullah Bin Abbas who said, “I was behind the Prophet صلّى اللَّهُ عليه وسلّم on a riding animal one day when he (صلّى اللَّهُ عليه وسلّم ) said, ‘OYoung boy, verily I’m going to teach you some words (of advice): “If you preserve Allaah & protect Allaah (i.e. mindful of Allaah), Allaah will preserve & protect you. If you protect Allaah, you will find Him in front of you.

If you ask, then ask of Allaah. If you seek help, then seek help from Allaah.
Know, that if the whole world gathered up to benefit you with something, they will not benefit you with anything except with what Allaah has written down & decreed for you. And if they all gather up to harm you with something, they wouldn’t be able to harm you with anything except that which Allaah has decreed against you.

If Allaah loves a people, He puts them to trial. He tests them and places them in difficulty.

Allaah the Exalted states in Surah Al-Baqarah (2:155-156):And certainly, We shall test you with something of fear, hunger, loss of wealth, lives and fruits, but give glad tidings to As-Sâbirin (the patient ones, etc.).

Guidance from the Sunnah in treating the heat of afflictions,
its grief & worry
(part 1)


Insha-Allaah, I will be posting my transcriptions, which is a series of Naseehah given to us by Brother Nawwas al-Hindi during these trying times. May Allaah سُبحانه وتعالى  reward him immensely.
Ibnul Qayyim رحمه الله  said: "Grief weakens the heart, determination & hurts the will; nothing is more beloved to Shaytaan than a sad believer."

Having Good Thoughts of Allaah!

Allah سُبحانه وتعالى is the MOST Merciful. He is Ar-Rahmaan, Ar-Raheem. If He is nurturing all of creation including the ungrateful Kuffar, then how much Mercy He عز وجل will have toward his believing servants who are ready to give all they own(even their lives).

Extract from the Khutba: By Sheikh Abu Abdur-Rahman Yeyah Ibn Ali Al Hajoori.
O Believer, Allaah سُبحانه وتعالى will never make your affairs difficult as long as you have good thoughts about Him, regardless of whether you are in good health or ill, or in poverty or wealth, in your country or elsewhere, or any condition/circumstance that you might be in. Holding onto good thoughts of Allaah سُبحانه وتعالى is from the means of receiving ease from calamities and hardships. As for the one who holds an evil thought about Allaah, then he is destroyed. It is authentically reported on the authority of Jaabir in Saheeh Muslim that the Prophet  صلّى اللَّهُ عليه وسلّمsaid:

“Let none of you die unless he keeps good thoughts (i.e. he has good expectations from Allaah.)”


Alhamdulillaah we have a Lord Who forgives our sins, the One Who accepts our repentance. He is the most Generous and He is the One Who has bestowed upon us the gift of at-Tawbahh, repentance. Allaah warns us that none should despair of His Mercy in Surah az-Zumar:


Say: "O 'Ibâdî (My slaves) who have transgressed against themselves (by committing evil deeds and sins)! Despair not of the Mercy of Allâah, verily Allâah forgives all sins. Truly, He is Oft-Forgiving, Most Merciful.’

The knowledge of Allaah is the basis and foundation of every other knowledge and it is the basis for the slave of Allaah to know his happiness and to perfect his affairs and to work for the life of the Hereafter. We are in need of our Creator at all times. There is never a time when we are not in need of Him, even for the twinkling of an eye. The most perfect of the slaves of Allaah are those who worship Him by all of His Names and Attributes, known to us.
How many of us have this knowledge, which is waajib (obligatory) upon all the slaves of Allaah? How many of us are deprived of knowing our Lord???

The Status of the Declaration of Faith  - ‘لا اله الاالله’
It is a declaration (kalimah) that the Muslims proclaim in their daily lives; in their call to Prayer (adhaan), their call to establishing the Prayer (‘iqaamah), their sermons and their speeches. It is: “A declaration upon which the heavens and the earth are established, and for which the whole of the creation was created, and for which Allaah sent Messengers, revealed Books, and prescribed Divine Laws. Because of it the Scales and the Registers were set-up, as were Paradise and Hellfire.

Due to it creation was divided into Believers and unbelievers; righteous and wicked. It is the root cause for [there being] creation, command, rewards and punishments. It is the right for which the creation was created and about it and its rights will they be questioned and brought to account. Because of it there is punishment and reward; due to it the direction of Prayer (qiblah) was set-up; upon it rests the very foundation of the Religion; and because of it swords are drawn for striving and fighting (jihaad). It is the Right of Allaah over His slaves; the Declaration (kalimah) of Islaam; and the key to Paradise; about it both the earlier and later people will be questioned.

Indeed, no person will stand before Allaah without being asked two questions: What did you worship? And how did you respond to the Messengers? The reply to the first is by realization of  ‘لا اله الاالله’; knowing it, affirming it, and acting by it. The reply to the second is by realization that Muhammadصلّى اللَّهُ عليه وسلّم   is the Messenger of Allaah; knowing it, complying with it, and being obedient to it."
(Zaadul-Ma’aad (1/34) of Imaam Ibn al-Qayyim)

Listen to audio at Audioduroos.


The Roots of Hostility Towards Islaam 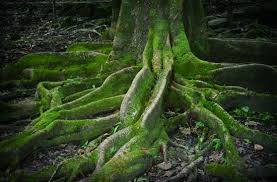 First, we must understand that Islaam is the religion of Allaahسُبحانه وتعالى  from the beginning of time until today. Allaah did not send any Messenger except that He commanded them with لا إله إلا الله .

The wisdom of fasting in Ramadhan

By the Praise of Allaahسُبحانه وتعالى  we have not ceased in going forward with our program 'What is Ramadhan' in introducing to you beneficial lectures throughout the beginning days of Ramadhan from the Students of Knowledge and also from the virtuous Mashaayak (may Allaah preserve them all) from Yemen. Today, we have with us our Noble Sheikh Abu Muhammad Abdullah bin Lamh al-Kawlani حفظه الله and today's lecture is on the topic 'The wisdom behind the legislation of the month of Ramadhan and the secrets behind that.'

Insha-Allaah, by the will of Allaahسُبحانه وتعالى in this sitting of ours, we shall be taking some of the wisdom, secrets and the reasons behind the legislation of this blessed month. The origin of our legislation and that which is known is that all of its rulings and legislations are based upon wisdom and valid reasons. Allaah سُبحانه وتعالى has not made waajib (made incumbent) upon his slaves anything except that in it are great wisdom and great reasons to benefit His slaves.