Seven Phases of Shaitaan to destroy the son of Adam 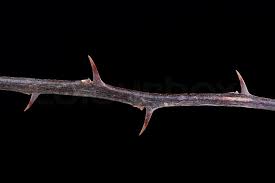 These phases are:
1/ The phase of disbelief in Allaah.
His Deen, His perfect attributes, and in what Rasulullah [صلّى اللَّهُ عليه وسلّم] informed us about, and the fact that we will be resurrected. If Shaitaan is successful in misleading the slave in this phase, his enmity towards him would diminish and he would take rest. If the slave succeeds, and survives in this phase, Shaitaan would try to destroy him in the next phase.

2/ The phase of Bid’ah (religious innovation)
Whether it pertains to believing in other than the truth which Rasulullah [صلّى اللَّهُ عليه وسلّم] was sent with or by worshipping other than Allaah; such as worshipping idols, and the like. Shaitaan enjoys that one succumbs in this phase, for Bid’ah conflicts with the nature of the Deen and compels one to reject it. Furthermore, the one who observes innovated religious practices would not repent from his actions; rather, he would invite people to his Bid’ah! Observing innovated religious practices would compel one to forge lies against Allaah and speak without knowledge; thus it openly clashes with the Sunnah. Observing minor Bid’ah practices would lead one to observing major Bid’ah practices. In this manner, a person would eventually exit the folds of Islam. Scholars and people of knowledge alone know the real dangers of Bid’ah practices. If a person succeeds and survives in this phase by adhering to the Sunnah, and understanding its texts as the Pious Predecessors understood them, Shaitaan would seek to destroy him in the next phase.

3/The phase of major sins
If he is able to destroy the slave in this phase, he would beautify the deed that he is doing and probably compel him to say the following: “No sin would harm the Tawheed (creedal belief) as no good deed would benefit a man who has committed Shirk (i.e. to associate partners with Allaah)? If the person is successful and survives this phase, Shaitaan would seek to destroy him in the next phase.
Read more »
Posted by Umm Hasna at 10:05:00 PM No comments: