Importance of asking Allaah to be protected from that which others are afflicted with..

"Whoever comes across a person suffering a calamity and says:


‘All praise is for Allaah Who saved me from that which He tested you with and Who most certainly favored me over much of His creation,’
he will be kept SAFE from that calamity."

The Sunnah Before (Beginning) The Dua 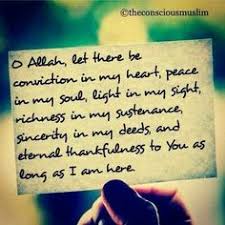 “The Sunnah before (beginning) the dua is to praise Allaah as has been mentioned in ‘al-Tahiyyaat’*, then after that to send the prayer upon the Prophet  صلى الله عليه وسلم, then (he should make) the dua. And this is how it should be done also when he is making the dua in Sujood (prostration), or at any other time; he should praise Allaah, send prayers upon the Prophet  صلى الله عليه وسلم and then supplicates to his Lord for whatever he wishes, and this is the first step for the dua being answered.”

Healing with the Qur'aan vs. Natural Medicine 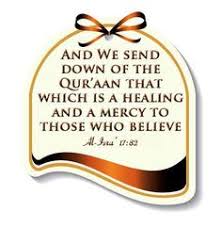 The correct view is that the word min (translated here as “of”) serves to explain the nature of the Qur'aan as a whole, not to refer to parts of it and not other parts.

The Qur'aan is the complete healing for all mental, spiritual and physical diseases, all diseases of this world and the Hereafter. But not everyone is guided to use it for the purpose of healing. If the sick person uses the Qur'aan for healing in the proper way, and applies it to his disease with sincerity, faith, complete acceptance and firm conviction, fulfilling all its conditions, then no disease can resist it.

How can disease resist the words of the Lord of heaven and earth which, if He had revealed it to the mountains they would have crumbled and if He had revealed it to the earth it would have broken it apart? There is no sickness, spiritual or physical, but in the Qur'aan there is that which indicates its remedy, its cause and how to protect against it for those who are blessed with understanding of His Book.

Punishment for Sins Can Be Removed by Ten Causes..!

The texts of the Book and the Sunnah have indicated that the punishment (due) for sins can be removed from the servant by around ten causes. They are:


The first: Repentance, and this is agreed upon amongst the Muslims.
The second cause: Seeking forgiveness.
The third cause: Good deeds which wipe out (evil deeds).