“I came to Makkah while it had been stricken by drought and the people were praying Istisqaa (prayer for rain) in Masjid Al-Haraam. I was by the gate of Banee Shaybah, when I saw a young black boy who was wearing two pieces of burlap (a thick cloth usually used to make sacks), one piece wrapped around his waist and the other tossed over his shoulder. He stood at a secluded place next to me and I heard him say, “My Lord, the faces are worn due to their sins and the evil of their deeds, and you have prevented us from rain to discipline the creation, I ask you O patient and forbearing One, You who His slaves know nothing of Him except that which is beautiful, give them rain, in this moment, in this moment.””

Ibnul-Mubaarak said, “He continued to say, “In this moment” until the sky became filled with clouds, and the rain descended from every direction, and he sat in his place making tasbeeh, and I began to cry.

When he left I followed him to find out where he lives. After that, I went to Fudhayl Ibn 'Iyaadh who said to me, “Why do you look so depressed?”

I said to him, “Someone beat us to Allaah, and so He took him as an intimate companion other than us.”

So I told him the story, and he cried out “Woe be to you, O Ibnul-Mubaarak! Take me to him!”

I said, “There’s no time at the moment, I’ll find out more about him.”

So the next morning I prayed Fajr and I went to his residence and there was an old man sitting at the door. When he saw me he recognized me and said, “Welcome, O Aboo 'Abdir-Rahmaan. What do you need?”

He said, “I have many”, and so he cried out “Boy!” and a strong young man emerged, and he said, “You’ll have a good result with this one. He would be good for you.”

So he continued to bring out boy after boy, until I saw the boy that I recognized, so when I saw him my eyes teared. He said, “Is this the one?”

Fatawas pertaining Christmas & the Festivals of the Kuffar 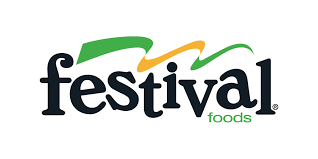 Ruling on the Muslims celebrating at the time of Christmas and decorating their homes with balloons etc (giving or receiving Christmas cards, saying "Merry Christmas", allowing your children to take part in Activities at school, wearing Christmas jumpers, eating Christmas dinners or any of these things relating to this celebration).

Question:
What do you say to Muslims in the United Kingdom who celebrate Christmas time by holding dinner parties in their houses on Christmas or afterwards, for their Muslim families, such as preparing roast turkey and the other dishes of the traditional Christmas dinner, and they adorn their houses with balloons and paper chains, and they do the “secret Santa” tradition, whereby each relative brings a gift for one of the people present and these gifts are brought to the party to be given to the one for whom he bought it, without the recipient knowing who he is. [“Secret Santa” is a new, growing custom among non-Muslims who celebrate Christmas, and it is in accordance with their belief in the myth of Santa Claus].

Is this action regarded as halaal or haraam, if no one is attending this party except Muslims (relatives and family members)?.

Praise be to Allaah.

There is no doubt that what is mentioned of celebrations is *haraam*, because it is an imitation of the kuffaar. It is well known that the Muslims do not have any festival apart from Eid al-Fitr and Eid al-Adha, and the weekly “Eid” which is Friday (Yawm al-Jumu‘ah). Celebrating any other festival is not allowed and is either of two things:

✖either it is an innovation (bid‘ah), if it is celebrated as a means of drawing close to Allaah, such as celebrating the Prophet’s Birthday (Mawlid);

✖or it is an imitation of the kuffaar, if it is celebrated as a tradition and not as an act of worship, because introducing innovated festivals is the action of the people of the Book who we are commanded to differ from.
So how about if it is a celebration of one of their actual festivals?

Decorating the house with balloons at this time is obviously joining in with the kuffaar and celebrating their festival.

The Stages Of Life & Death In The Dunya & Aakhirah


Listen to "The Stages Of Life And Death In The Dunya And Akhirah - Abu Mu'aawiyah Abdullaah Hassan - Khutbah" on Spreaker.

Meaning of Laa Ilaaha IllaAllaah : Its Prerequisite and Impacts on the Individual and the Society

Meaning of Laa Ilaaha IllaAllaah : Its Prerequisite and Impacts on the Individual and the Society

معنى لا إله إلا الله ومقتضاها وآثارها في الفرد والمجتمع
The Excellence, Importance & the Role of the Scholars in Islâm
From Whom should our Knowledge be sought?
Who are Our Scholars?

Daily authentic supplications of a Mu’min

💥The Tribulations Facing the Ummah and the Solutions 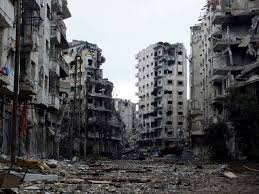