The Secret of Salaah 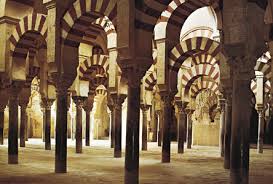 The secret of the Salaah, its soul and core is the slave’s turning to Allaah in totality whilst in the prayer. Therefore, just as it is not befitting that he turns his face away from the Qiblah to other than it during the Salaah, it is likewise not befitting to turn his heart away from his Lord to other than Him during the Salaah. Rather he (the slave) makes the Kaa’bah, which is the house of Allaah, the Qiblah of his face and body. (Likewise) he makes the Lord of the House the Qiblah of his heart and soul. So according to how much the servant turns to Allaah in his Salaah, (then this) will determine how much Allaah turns towards him. And if he (the slave) was to turn away, then Allaah will turn away from him.

And (the saying goes):

The Messenger of Allaah صلّى اللَّهُ عليه وسلّم said:
“Whoever prays Fajr is under the protection of Allaah, so DO NOT fall short with regard to the rights of Allaah, for anyone who does that, Allaah will seize him and will throw him on his face into the Fire of Hell.”
[Muslim 657]
Al-Teebi رحمه الله said:
"The reason why Fajr prayer is singled out for mention here is because of the hardship that it entails, and performing it is a sign of a man’s sincerity and faith, and whoever is a sincere believer is under the protection of Allaah."
[Sharh Mishkaat al-Masaabeeh by al-Teebi (2/184)] Al-Baydaawi رحمه الله said:
"It may be that what is meant by protection is that prayer brings security (from the punishment of Allaah), so what is meant is:  Do NOT abandon Fajr prayer, and DO NOT be heedless about it, lest you break the covenant that exists between you and your Lord, and Allaah seizes you, for whomever He seizes He will throw on his face into the Fire. That is because Fajr prayer is somewhat difficult and burdensome. So performing it is a sign of the believer’s sincerity, and the one who is sincere is under the protection of Allaah."
[End quote from Fayd al-Qadeer (6/164)]
Posted by Umm Hasna at 11:22:00 AM No comments: