It is not permissible for a person to believe that the disease is spread by itself (that it has its own will and ability). Rather, it only spreads by the command (and permission) of Allaah سبحانه و تعالى. So one should have reliance (tawakkul) upon Allaah, make Dua to Him azzawajal and stay away from the (places and people) of this contagious disease.

The Mother is a SCHOOL !

“The mother is a school; if you prepare her then you have prepared generations of good.”

{The Status of Women in Islaam – Sheikh Saleh al-Fawzaan}
Posted by Umm Hasna at 12:44:00 AM No comments: 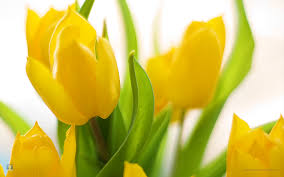 Abu Hurairah reported that the Messenger of Allaah (sallAllaahu ‘alayhi wa sallam) said: "Ramadhan has come to you - a blessed month. Allaah has made it obligatory on you to fast in it. During this month, the gates of heaven are open, the gates of the Hellfire are closed and the evil devils are chained. To Allaah belongs a night in it, which is better than a thousand months. Whosoever is prevented from its good, then he has been deprived." [1]

The hadeeth is a glad tiding to the righteous servants of Allaah, of the coming of the blessed month of Ramadhan. The Prophet (sallAllaahu ‘alayhi wa sallam) informed his Companions of its coming and it was not just a simple relaying of news. Rather, his intent was to give them the glad tidings of a magnificent time of the year, so that the righteous people who are quick to do deeds can give it its due estimate. This is because the Prophet (sallAllaahu ‘alayhi wa sallam) explained in it (the hadeeth) what Allaah has prepared for His servants from the ways towards gaining forgiveness and His contentment - and they are many. So whoever has forgiveness escape him during the month of Ramadhan, then he has been deprived with the utmost deprivation.
Read more »
Posted by Umm Hasna at 5:24:00 AM No comments:

Summary of Understanding Islam, a solution to: THE TRIALS OF LIFE (2)


There is no doubt that a person’s remaining upon Islam is in the hands of Allaah. We are not fully in control as to whether or not we remain upon Islam until we die. However, we should bring about the causes that help us stay upon Islam, until we die. Those practical, protective reasons, so if we adopt these reasons, Allaah enlightens us with His bounty and completes His blessings upon us. Thus, He will cause us to die upon Islam because we have brought about those reasons and striven in the path of gaining salvation for indeed Allaah is kind and generous. If He sees that His servant has a concern and a desire to do good deeds and a hatred for the evil things and likewise fears falling into the evil things, then He سُبحانه وتعالى will strengthen, protect, guard and make his religion safe and complete with all that is good.
Read more »
Posted by Umm Hasna at 8:10:00 AM No comments:

Summary of Understanding Islam, a solution to: THE TRIALS OF LIFE (3) 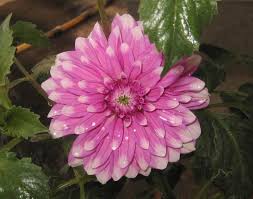 Can fitan (trials) be like the punishment of Allaah?
Dr. Saleh al Fawzan حفظه الله

The word fitan (trials and tribulations) is the plural of fitnah which means being tested and trialed, such that the truth or hypocrisy of one’s faith is made apparent. Allaah سُبحانه وتعالى says:

‘There are amongst mankind who say: “We believe in Allaah,” but if they are trialed in the cause of Allaah, they consider the trial of mankind similar to the punishment of Allaah..’ 5
Read more »
Posted by Umm Hasna at 5:47:00 PM No comments:

The Destructive Nature of Showing Off 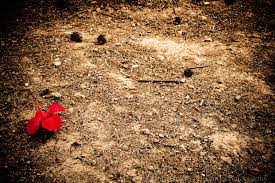 Showing-off is considered to be from the “concealed shirk”; since the scholars of this nation have explained the two-fold nature of shirk as being “apparent shirk” (such as in open and apparent actions of worshipping idols, tombs, shrines, trees, stones with regards to slaughtering for them or seeking aid or directing supplication to them and other than that), and “concealed shirk” (shirk within the intention of a person, that which resides in his heart and it is concealed from the people and known to Allaah alone).

The word “riyaa” (showing-off) in Arabic is derived from the root word indicating vision or sight, and that is due to the one engaging in it intends that the people see him performing his action, or hear of his actions, in order to obtain their praise or other than that.
Read more »
Posted by Umm Hasna at 2:24:00 PM No comments:

Knowledge is joined to action..


“Knowledge is joined to action and action is the fruit of knowledge. So knowledge without action is like a tree without fruit; there is no benefit in it. And knowledge was sent down to bring about action.”