Venerating the Month of Allaah 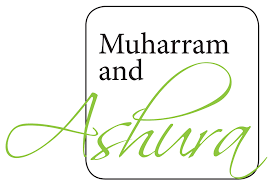 “O’ people! Fear Allaah, the Most High, and venerate your month, i.e. Muharram, with the obedience of your Lord because Allaah has honored it and made it virtuous. The Prophet, may peace and blessings be upon him, said: “The BEST fast after Ramadhan is the month of Allaah, Muharram.”
[Muslim]

It is one of the four sacred months wherein acts of obedience and abandoning sins are highly emphasized. Allaah سُبحانه وتعالى says:

“…of them four are sacred (Muharram, Rajab, Dhul-Qi’dah, Dhul-Hijjah). That is the right religion, so wrong yourselves not therein.”
[At-Tawbah 9:36]

On the authority of Abi Hurairah رضي اللّه عنـه said: “When the Prophet صلّى اللَّهُ عليه وسلّم  arrived in Al-Medina he found that the Jews would fast the tenth of Muharram. So he صلّى اللَّهُ عليه وسلّم said: “What is this?” They said: “This is a GREAT day. Allaah saved Moosaa عليه السلام and the Children of Israel in it and Moosaa would fast it (so this is why we fast it).”

The Prophet صلّى اللَّهُ عليه وسلّم said:
“We have more right to Moosaa than you do.” So he fasted it and ordered the people to do the same.
[Bukhaari & Muslim]

“Fasting the tenth of Muharram expiates the (minor) sins of the previous year.”
[Muslim]

So fast the ninth and tenth of Muharram, may Allaah have mercy upon you all, so that your (minor) sins (of the last year) can be expiated and follow the guidance of your Prophet صلّى اللَّهُ عليه وسلّم. And whoever has difficulty fasting and Allaah knows that if it wasn’t for this reason he would fast, then let him rejoice with receiving the reward from The King, All-Knowing, especially if he regularly would fast these days, i.e. the ninth and tenth of Muharram each year.

“Whoever becomes sick or travels will have the reward of that which he does while he is healthy and present."
[Bukhaari]

The most diseased form of Gheeba 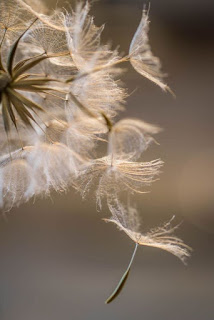 “The most diseased form of backbiting is when people induce others to stay away from some people, while having others look towards them. They combine the acts of dispraising the one mentioned, earning praise for themselves. Due to their ignorance they are oblivious to the fact that they are falling into two sins: backbiting and showing-off.
Read more »
Posted by Umm Hasna at 2:47:00 PM No comments:

Who is 'TRULY' fortunate?

“The (truly) fortunate one (is he who) seeks forgiveness for the mistakes, and is patient upon the calamities, just as Allāh says: {So be patient. Verily, the Promise of Allāh is true, and ask forgiveness for your fault}in [Sūrah Ghāfir 40:55].”

Between You & the One in the Grave

It is reported that Al-Hasan Al-Basrī (رحمه الله) once said during the funeral of a man:

May Allāh have mercy on the man who works for the likes of this day; for today you are able to do what these brothers of yours, the residents of these graves, cannot do. So make full use of your health and free time before the day of distress and accounts comes upon you.

Do you want Allaah to reciprocate your evil with gooness?