I will take him by his hand until I enter him into Jannah ...


“Whoever says when he enters the morning:

I am pleased with Allaah as the Lord, with Islaam as a Religion, & with Muhammad as a Prophet), then I am the guarantor that I will take him by his hand until I enter him into Jannah.”

“Choose the one that possesses the religion and may you prosper.”

On the authority of Abu Hurairah رضي اللّه عنـه, that the Messenger of Allaah صلّى اللَّهُ عليه وسلّم said:

“The woman is married for four reasons: For her wealth, status, beauty & religion. Choose the one that possesses the religion & may you prosper.”
[Bukhari & Muslim]

This prophetic narration clarifies some of the characteristics that motivate a man to marry a woman. It also specifies the preferred trait one should look for in a spouse which is marrying a religious one. So it is befitting when an individual intends to marry, that he chooses a woman who is religious. He should not choose a woman that is negligent regarding her religion due to the Prophet’s, peace be upon him, statement:

“Choose the one that possesses the religion & may you prosper.”

“For her wealth”: If the woman is wealthy, men will be attracted to her because of it. However, this could be harmful to the man and as well as her, in that she could become arrogant and/or oppressive to him and mention (all) her favours that she has done for him spitefully. So as a result the wealth would be the cause for adversity in their marriage.
Read more »
Posted by Umm Hasna at 4:38:00 PM No comments:

Do Not Become Accustomed to Comfort and Luxury !! 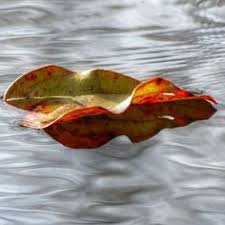 
“This is a piece of advice that should be given to both the student of knowledge and other than the student of knowledge. This is because indulging in these things contradicts the guidance of the Prophet صلّى اللَّهُ عليهوسلّم, as he used to forbid excessive luxury, and would sometimes enjoin others to be barefoot. The person who becomes accustomed to comfort will find it difficult to face various situations, as he will face things that do not correspond to the luxury and comfort that he is used to.

Regarding that which is created from smokeless fire... The JINN!!

The Jinn are real, and they are creatures created by Allaah سُبحانه وتعالى. Among them are kaafirs and believers. They can see us but we cannot see them. They eat, have children and die.

وَالْجَآنَّ خَلَقْنَاهُ مِن قَبْلُ مِن نَّارِ السَّمُومِ
“And the Jinn, We created aforetime from the smokeless flame of fire.”
[al-Hijr 15:27]

وَأَنَّا مِنَّا الْمُسْلِمُونَ وَمِنَّاالْقَاسِطُونَ فَمَنْ أَسْلَمَ فَأُوْلَئِكَ تَحَرَّوْا رَشَدًا
وَأَمَّاالْقَاسِطُونَ فَكَانُوا لِجَهَنَّمَ حَطَبًا
“And of us some are Muslims (who have submitted to Allaah, after listening to this Qur'aan), and of us some are Al-Qaasitoon (disbelievers those who have deviated from the Right Path)’. And whosoever has embraced Islam (i.e. has become a Muslim by submitting to Allaah), then such have sought the Right Path.”

“You must be willing to have hope that you can change…”

What Is Beneath the Graves Is Known Only to the Knower of the Unseen..! 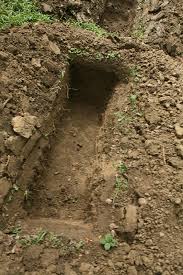 Ruling on women advertising their desire to marry in newspapers

Q: What is the ruling on women advertising in newspapers & magazines their descriptions seeking marriage?

A: A woman advertising her desire to marry in newspapers and magazines and listing her descriptions conflicts with chastity, modesty and decency. It is NOT a Muslim custom at all. Thus, it is obligatory to refrain from doing it. Furthermore, it conflicts with the responsibility of her Waliy (a legally accountable person acting for a woman seeking marriage) through whose approval she may be given in marriage.