Paradise is surrounded by hardships...

This beautiful analogy is from the exquisite, eloquent and comprehensive speech which was bestowed on the prophet (صلّى اللَّهُ عليه وسلّم). It means that nothing will help you to reach al-Jannah except going through hardships, and nothing will lead you to the Hell-fire except whims and desires. Both are veiled as described, so whoever tears down the veil will reach what is hidden behind it. So the veil of al-Jannah is torn down by going through hardships, and the veil of the Hell-fire is torn down by giving in to whims and desires. And hardships include striving in ‘ibaadah (worship) and persevering upon that,and sabr in the face of hardships, and restraining one’s anger, forgiving and having long-suffering (hilm), giving voluntary charity, having ihsaan (excellent behavior) with those who mistreat you, having sabr against desires, and so on.
Read more »
Posted by Umm Hasna at 12:38:00 PM No comments: 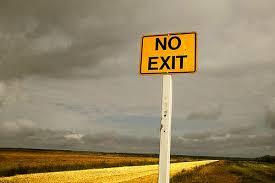