Merits of Ribaat and Jihad 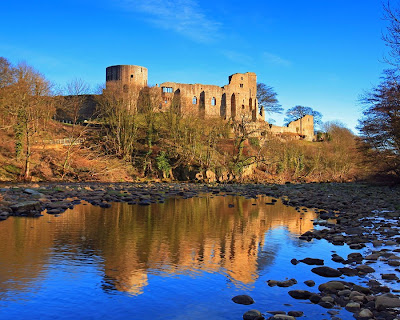 1303 - Abu `Abs `Abdur-Rahman bin Jabr (رضي اللّه عنـه) reported: The Messenger of Allah (صلّى اللَّهُ عليه وسلّم) said, "It will not happen that the feet soiled with dust while (doing Jihad) in the way of Allah, will be touched by the fire (of Hell).''
[Al-Bukhari]

Commentary: "Feet soiled with dust'' means participation in Jihad. That is to say, a person takes part in Jihad and yet goes to Hell is altogether impossible. What it signifies is that Jihad is a means of expiation of sins and that it guarantees the admission into Jannah, provided he is not guilty of major sins. This exception is confirmed by other Ahadith.

1304 - Abu Hurairah (رضي اللّه عنـه) said: The Messenger of Allaah (صلّى اللَّهُ عليه وسلّم) said, "No one who weeps out of Fear of Allaah will enter Hell until milk recedes to the udder, and the dust endured while striving in the Cause of Allaah and the smoke of Hell will never subsist together.''
[At-Tirmidhi]

Commentary: This Hadith makes use of a metaphor to stress the impossible. One who weeps for Fear of Allaah and one who is covered with the dust of the battlefield in the course of Jihad, will in no case enter Hell until the milk drawn from udder goes back to it. The dust of the battlefield of Jihad and the smoke of Hell cannot combine at one place. The mixing of the two is utterly impossible. However, this will apply only if one's `Aqeedah is correct and one's intention is correct (i.e., one participates in Jihad with the intention to please Allaah Alone).

1305 - Ibn `Abbas (رضي اللّه عنـه) reported: I heard the Messenger of Allah (صلّى اللَّهُ عليه وسلّم) saying, "Two eyes will never be touched by the fire of Hell; an eye which weeps out of Fear of Allah and an eye which spends the night in guarding in the Cause of Allah .''
[At-Tirmidhi]

Commentary: This Hadith tells us about the eminence of the person who weeps out of Fear of Allah and also brings into prominence the distinction of the Mujahid who keeps a vigil during Jihad.