Be firm upon the Truth! 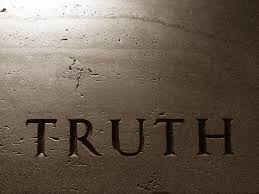 “Be firm, and do not change (your stance) because of the large number of attacks on you nor due to (their) being offended by your words. As long as you are upon the truth then be firm, for truth is never budged (by falsehood). Thereafter, defend (the truth) if you are in a weak position. There is nothing lesser than defending (the truth). But if you are in a strong position, then upon you is to attack (the falsehood). For the days take turns (sometimes in your favor and sometimes otherwise).

But (remember) the most important thing is that even if you are in a weaker position, then you should remain firm. And never say: ‘Oh, all the people are in opposition to this.’ Rather, be firm, for Allaah aids His Deen, His Book, His Messenger throughout the ages.

No doubt that you will face harm (from the people). Here is Imaam Ahmad رحمه الله, he was dragged by a mule in the market and was whipped. But he was patiently firm.
Read more »
Posted by Umm Hasna at 3:17:00 PM No comments:

There is NO such thing as 'Study Time' for the student of knowledge!! 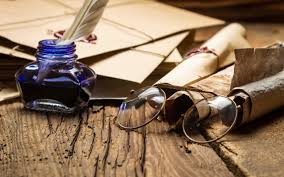 ‘There is NO such things as “STUDY TIME” for the student of knowledge! This is because all of his time is spent in seeking knowledge. In the morning and in the evening, his mind is preoccupied with the various issues of knowledge.’

Do not Run Away from Qur’aan – Shaik Ibn Baaz rahimahullah

Do not Run Away from Qur’aan – Shaik Ibn Baaz rahimahullah

[Q]: What is your advice – O Shaykh – for those who go without reading the Qur’aan for a month, or even many months, and who have no excuse for such behaviors? However, you will find some of them reading those magazines that contain no benefit for them, and following them up closely!

[A]: “It is recommended for every Believing man and woman to recite the Book of Allaah often, with due contemplation and understanding. This may be done by using a copy of the Qur’aan or from one’s memory. Allaah – the Most High – said: “This is a Book which We have sent down to you, full of blessings, that you may ponder over its Verses, and that men of understanding may remember.” [Soorah Saad 38:29].And: “Indeed those who recite the Book of Allaah and offer the Prayer perfectly and spend in charity out of what We have provided for them – secretly and openly – hope for a sure trade-gain that will never perish. That He may pay them their wages in full and give them even more out of His Grace. Indeed, He is Oft-Forgiving, ready to appreciate good deeds.” [Soorah Faatir 35:29-30].

The aforementioned recitation of the Qur’aan includes both reciting and acting upon it. The recitation is to be done with contemplation and understanding of it. Sincerity to Allaah is a means of complying with and acting upon the Qur’aan, and its recitation contains a great reward – as the Prophet sallallaahu ‘alayhi wa sallam said: “Recite the Qur’aan. For on the Day of Resurrection, it shall come as an intercessor for its companion.” This was recorded by Muslim in his Saheeh (no.804). The Prophet sallallaahu ‘alayhi wa sallam also said: “The best of you is he who learns the Qur’aan and teaches it.” This was Recorded by al-Bukhaaree in his Saheeh (3/66). Another narration states: “Whosoever reads one harf (letter) of the Qur’aan shall receive a good deed and ten good deeds similar to it. I do not say that Alif Laam Meem is a harf but Alif is a harf and Laam is a harf and Meem is a harf.”12 The Prophet sallallaahu ‘alayhi wa sallam said to ‘Abdullaah ibn “Amr ibn al-‘Aas: “Complete the recitation of the Qur’aan once a month.” He said: I am able to do more than that. So he said: “Then complete its recital once in seven days.”13 The Companions used to complete the entire Qur’aan once every seven days.

So I advise all the readers of the Qur’aan to increase in their reading of it, with contemplation and understanding it, along with sincerity to Allaah in this – with the purpose of learning and benefiting from the Qur’aan. They should read the entire Qur’aan once a month. If, however, they are able to do more than this without any difficulty, then they should complete it in less than this time. However, it is best not to complete it in less than three days, since this is the least amount of time that the Prophet sallallaahu ‘alayhi wa sallam mentioned to ‘Abdullaah ibn ‘Amr ibn al-‘Aas. This is because if it is read in less than three days, the person becomes hasty and lacks thought and concentration …”14

Q: Our question is about celebrating the Mawlid (the Prophet's birthday). Is it Bid`ah (innovation in Islaam)? I heard in some places and from some scholars that it is a good Bid`ah and Allaah knows best, may Allaah bless you!

Lajnah (Permanent Committee for Scholarly Research and Ifta’)
Posted by Umm Hasna at 10:49:00 PM No comments: