Ignoring wicked Speech of others about you....

A Time when Duaas are answered??

Sit for a short while before you sleep and do this...

“Avoid those things that necessitate the punishment of the grave.
And from the most beneficial of them is that when a man wants to sleep, he sits for an hour, for the Sake of Allaah, calling himself to account over the things that he has lost and gained during that day of his. Then, between him and his Lord, he renews his sincere repentance over those things that he lost, and sleeps on that repentance, firmly resolving not to return to the sin when he wakes up–and he does this every night.

So if he dies on that night of his, he would have died upon repentance and if he wakes up, he will wake up going towards action, pleased with the postponement of his appointed time so that he can turn to his Lord and set right what he missed out on.

And there is nothing more beneficial for the servant than this sleep, especially when he follows that [i.e., his resolve to renew his repentance] up with the remembrance of Allaah, performing those sunnan which have been reported from the Prophet of Allaah (صلّى اللَّهُ عليه وسلّم) when going to bed, [doing so] until sleep overtakes him.
Read more »
Posted by Umm Hasna at 3:40:00 PM No comments:

How to purify and soften the heart


“Whoever takes care of his time by doing Dhikr (remembrance) of Allaah, reciting the Qur’aan, accompanying the good people, and distancing himself from the ignorant and bad company will purify and soften his heart.”

"The prohibition of imitating the disbelievers in their festivals" 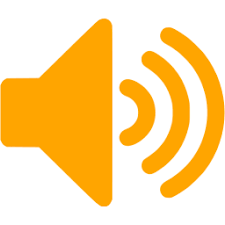 *He explains the state of the disbelievers with Allaah سُبحانه وتعالى in the light of Qur’aan & Sunnah, clarifying the danger of imitating the disbelievers in their religion, cultures & habits. He also addresses the questions on celebrating the New Year and Miladun-Nabi.

Answers to:
*Can we participate or cooperate with the disbelievers in their festivals like: X-mas, New Year etc.?
*What are the festivals prescribed by our Allaah سُبحانه وتعالى for the Muslims?