Be mindful of envy due to what it contains of pain in the heart & no benefit ! 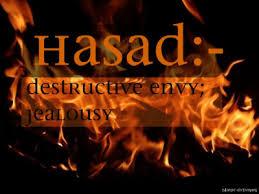 Know that ENVY is a great disease of the heart, and the diseases of the hearts are not cured except with knowledge and action. The beneficial knowledge for curing envy is to know that in reality envy is harmful to you in (your) Religious and worldly affairs, and the envied one is neither harmed in his Religious nor worldly affairs; rather he is benefited by it.

Blessings do not cease from the person you envy. And even if you were not a believer in the resurrection this would (still) have necessitated a realization – if you are sensible – to be mindful of envy due to what it contains of pain in the heart along with NO benefit. So how about when you know of what it contains of punishment in the afterlife.

And the clarification of our statement:

– because what Allaah has decreed for him of blessings has to continue until the end of the lifespan He decreed for him. And there is no harm upon him in the hereafter (due to being envied) because he has not committed any sin in that; rather he is benefited by it, because he is someone receiving oppression from you, especially when the envy comes out through speech and action. As for the benefit in the worldly life (i.e. the benefits of being envied), it is that the most important goal of the creation is (to witness) the grief of an enemy; and there is no punishment greater than the envy you find yourself in.

Envy & the Eagerness to Have More 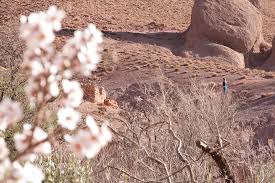 While on the ark, Prophet Nuh (عليه السلام) noticed an old man whom he did not recognize. Nuh inquired: What brought you here?

He replied: I came to strike the hearts of your followers, so their hearts become with me, while their bodies with you.

There are five things that cause people to become destroyed (deviated). I will inform you of three and not of the other two.

It was revealed to Nuh (عليه السلام) that he needed not know the three, but he should inquire about the two.

Iblees said: The two that are certain to work are:
Read more »
Posted by Umm Hasna at 11:31:00 AM No comments:

The Envier Opposes Allaah’s Will 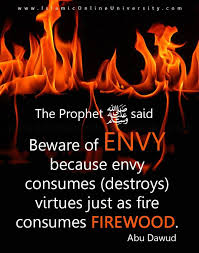 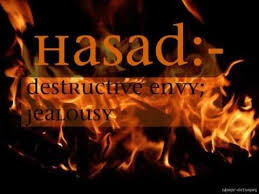 The people of knowledge have differed with regards to the explanation of Al Hasad (envy):

The Difference Between Evil Eye and Envy - Sheikh ibn ul-Uthaimeen

Q: "What is the difference between the evil eye and envy and how do we protect ourselves from them?"

A: "There is no practical difference , but the origin of the evil eye is from envy, that is because the one who causes the evil eye - and we seek refuge in Allaah سُبحانه وتعالى - has in his heart envy for the servants of Allaah and he does not love any good for anyone. If therefore he sees something from a person that pleases him and he is envious then this emotion emanates from him and afflicts the individual he envies, and that is why Allaah سُبحانه وتعالى said, “… And from the evil of the envier when he envies."

As for protection from the evil of the envier and the evil eye:

1 - Trust and dependence in Allaah سُبحانه وتعالى, and that a person does not turn to these affairs and give them importance and concern, rather he shuns away from them.

2 - Using the beneficial supplications mentioned in the Qur'aan and Sunnah for they are the best of protection for a person, just like what has been authenticated from the Prophet صلّى اللَّهُ عليه وسلّم regarding Ayat ul-Kursee and that the one who recites it at night then there will not cease to be a protector upon him and Shaytaan will not approach him until he awakens in the morning.
Read more »
Posted by Umm Hasna at 1:51:00 PM No comments: