The Advice of One from the Salaf to His Son 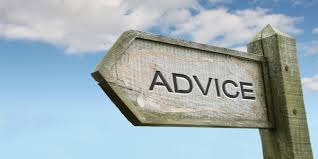 My son, fear Allaah and be obedient to Him. Avoid sinning by following His Sunnah and teachings in order to rectify your faults and attain bliss; indeed nothing whatsoever is hidden from Allaah.

I put some directions together and drew out a plan for you. If you memorize, understand and act upon them, you would fill the eyes of kings and even the vagabond would be obedient to you. You would continue to be needed and honoured, people would continue to be in need of what you possess. So obey your father, suffice yourself with his advice and open your mind and heart to it.

Beware of excessive talking, joking, laughing and fooling around with brothers; indeed this removes respect/esteem and causes disputes. It is upon you to be tranquil and calm without having pride, which may be attributed to you, and without being arrogant, which may be said about you. Treat both friends and enemies pleasantly; prevent their harms without belittling them or holding them in high regard.

"It is necessary that the intelligent person accustoms his soul to forgiving people and to leave repaying evil with evil. This is because there is nothing that would silence evil better than good treatment and beneficence and there is nothing that would stir up evil more than repaying evil with evil. Whoever desires copious reward, to receive devout love and good mention, let him experience the bitterness of opposing his base desires and taking to the way we have highlighted: joining relations when they have been severed; giving in the face of prevention; hilm in the face of ignorance; and forgiveness in the face of oppression. These are the greatest morals and manners of the religious."

So I say (Aboo Ruqayyah): The youth are not left alone to rely on their adolescence as an excuse for wasting time in being silly & foolish on non-sense, committing sins, laziness, procrastination & refraining from acts of obedience & saying: "I'm not there yet because I'm still young, but once I turn such and such age or after I get married, I will make tawbah (repentance) for these things and become more religious and serious about this Deen later in life."

This is the worst type of self-delusion, sinning excessively while hoping for mercy & forgiveness without feeling any remorse, responsibility & regret; or expecting to draw nearer to Allaah without obeying or worshipping Him, or to hope for the fruits of the Jannah (Garden) after having only planted & sowed the seeds of the Jahannam (Hell-Fire). Seeking the abode of the obedient through committing sins, or expecting a reward after having done nothing worthwhile but only transgressing & exceeding the limits.


"The delusional dreams & sick desires of the youth become the regret of the mature."

Yaa Shabaab (Oh youth) Do you hope for reward & forgiveness when you have NOT traversed its paths? A ship Doesn't sail on dry land !!