Talk about the Day of Arafa'ah 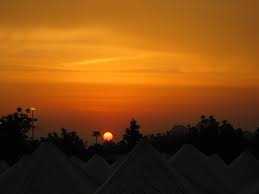 This is a brief description of the Day of 'Arafah and its rights by our Beloved Brother Abu Abdullah abdur Rahman Al-Ghayaani (may Allaah have mercy upon him).

This lecture was delivered at the Hajj Conference of 1434 to Masjid Al-Imaam Muqbil in London via teleconference and was introduced by our Noble Brother Abu Mu'aawiyah Mustafa Al-Amreeki - may Allah have mercy upon them both - he and the speaker were martyred by the oppression of the Raafidah in Yemen during the last siege of Daarul Hadeeth, Dammaaj.

After Abdur Rahman’s body was recovered the students stood in line to witness the amazing sight of Abdur Rahman smiling from ear to ear and a very strong smell of musk (perfume) emanating from him. We ask Allaah the One Who is Able to Do all things to Accept them both as Shaheed.

The lecturer, Abdur Rahmaan Al-Ghayaani, was from the senior foreign English speaking students in Damaaj and was well known for being consistent in reciting the daily Hadeeth memorized by students aloud in the Al-Bukhari and Jaami'As-Saheeh lessons and his inspirational advice that he would give the students.

Listening to this lecture brings tears to the eyes as we are sure it will to all those who know him. However, we remind ourselves and everyone else with that which has been reported by Al-Laalikaa’i on the authority of Mu'tamir bin Sulaiman (may Allah have mercy upon him) who said:

I entered upon my father and I was heartbroken.
He said: What is with you?
I said: My friend passed away.
He said: Did he die upon the Sunnah?
I said: Yes
He said: Do not fear for him then.
{Al-Laalikaa’i 1/67/61} A step by step Description

Hajj literally means ‘to set out for a place’. Islaamically however it refers to the annual pilgrimage that Muslims make to Makkah with the intention of performing certain religious rites in accordance with the method prescribed by the Prophet Muhammad صلّى اللَّهُ عليه وسلّم.

Hajj and its rites were first ordained by Allaah سُبحانه وتعالى in the time of the Prophet lbraaheem عليه السلام and he was the one who was entrusted by Allaah to build the Ka'aba – the House of Allaah – along with his son Ismaa’eel at Makkah.

Allaah سُبحانه وتعالى described the Ka'aba and its building as follows:

“And remember when We showed Ibraaheem the site of the [Sacred] House [saying]: Associate not anything [in worship] with Me and purify My House for those who circumambulate it [i.e. perform tawaaf] and those who stand up for prayer and those who bow down and make prostration [in prayer etc.].”
[Al-Hajj 22:26]

Is doing Udhiyyah abroad against the SUNNAH??

…and is NOT eating from the sacrifice LEAVING the SUNNAH?

O Muslims! Udhiyyah is a stressed Sunnah for the one who is able to do it. It is slaughtered in the houses, they eat from it in their houses, give some of it to their neighbours, and give some of it as charity to those poor people around them.

As for what some of the people have invented, from paying the price of the udhiyyah to charity organizations who slaughter (for them) outside of their city and far away from the house of the one offering the udhiyyah, then this is against the Sunnah and changing an act of worship. So it is obligatory to leave this transaction and slaughter the udhiyyah in the houses and in the same city as the one offering the udhiyyah, as is shown in the Sunnah and as has been the practice of the Muslims since the time of the Messenger of Allaah صلّى اللَّهُ عليه وسلّم up until this invention has occurred. And I am afraid that it may be an innovation, and the Prophet صلّى اللَّهُ عليه وسلّم had said, “Whoever introduces into our affair something that is not part of it, it is rejected.” And he صلّى اللَّهُ عليه وسلّم said, “Be warned of newly invented matters, for verily every newly invented matter is an innovation, and every innovation is a straying.”

So whoever wants to give in charity to those in need, then the door of charity is wide open, but do not bring change to the correct Shar’ee way of an act of worship by calling it a sadaqah, I seek refuge in Allaah سُبحانه وتعالى from the accursed Shaitaan,

وَمَا آتَاكُمُ الرَّسُولُ فَخُذُوهُ وَمَا نَهَاكُمْ عَنْهُ فَانتَهُوا وَاتَّقُوا اللَّهَ إِنَّ اللَّهَ شَدِيدُ الْعِقَابِ
"And what the Messenger gives you, then take it, and what he forbids you from, then cease doing it, and fear Allaah, verily Allaah is severe in punishment."
[al-Hashr 59:7]
Read more »
Posted by Umm Hasna at 11:58:00 PM No comments:

Hajj literally means ‘to set out for a place’. Islaamically however it refers to the annual pilgrimage that Muslims make to Makkah with the intention of performing certain religious rites in accordance with the method prescribed by the Prophet Muhammad صلّى اللَّهُ عليه وسلّم.

Hajj and its rites were first ordained by Allaah سُبحانه وتعالى in the time of the Prophet lbraaheem عليه السلام and he was the one who was entrusted by Allaah to build the Ka'aba – the House of Allaah – along with his son Ismaa’eel at Makkah.

Allaah سُبحانه وتعالى described the Ka'aba and its building as follows:

“And remember when We showed Ibraaheem the site of the [Sacred] House [saying]: Associate not anything [in worship] with Me and purify My House for those who circumambulate it [i.e. perform tawaaf] and those who stand up for prayer and those who bow down and make prostration [in prayer etc.].”
[Al-Hajj 22:26]