Ruling On When The Walimah Is Performed

Does the Walimah have a timing that it be before entering [upon the wife] or after it? Does it have a time that ends?
Answer:
Read more »
Posted by Umm Hasna at 12:48:00 AM No comments:

Advice for Muslims Living in the Lands of the Non Muslims 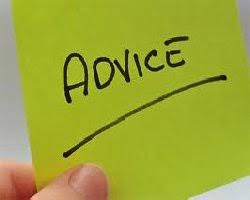 Question:  We are living as a minority in the lands of the kuffâr (non Muslims). Many incidents of verbal abuse occur here. For instance, you may be driving a vehicle and some of the kuffar use hand signals or yell out to you. Are you able to retaliate with the like of them, i.e., make hand signals back or stop the car to threaten them or should you have sabr (patience) so that you can also give them Da'wah to Islâm?

Allaah سُبحانه وتعالى says when describing the servants of Ar-Rahmaan:
وَإِذَا مَرُّوا بِاللَّغْوِ مَرُّوا كِرَامًا
"... and if they pass by some evil play or evil talk, they pass by it with dignity."
[Al-Furqaan 25:72]
Read more »
Posted by Umm Hasna at 9:37:00 PM No comments:

In the Name of Allaah, the Beneficent, Most Merciful. May peace and blessings be upon our Prophet Muhammad, his family and companions. As for what follows:

The Messenger of Allaah, may peace and blessings be upon him, said:

‎”Verily amongst the people are those who are keys to good ‎and locks to evil. And amongst the people are those who ‎are keys to evil and locks to good. So Toobaa‎ [1] for the ‎one whom Allaah has placed the keys of good upon his hands and woe be to the one ‎whom Allaah has placed the keys of evil at his disposal.” ‎[Sunan Ibn Maajah #237, Ibn Abi 'Aasim in "As-Sunnah" #297, Musnad At-Tayaalisi #2082, Al-Bayhaqi in Shu'ab al-Eemaan #698, and Al-Albani delcared it good in As-Saheehah #1332]

Sheikh ‘Abdur Razaaq bin ‘Abdul Muhsin Al-’Abbaad, may Allaah preserve them both, said:
“From the ways to be a key to good is by supplication.”
Read more »
Posted by Umm Hasna at 3:30:00 PM No comments: