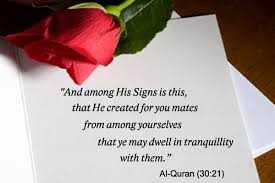 As for the saying that, getting married at an early age diverts from gaining knowledge and from studying, this is not the case. Rather, the opposite of this is correct because tranquility, peace of mind, and pleasure never cease to be obtained through marriage. These things help the student to reach his goal because, he has peace of mind, and his thoughts are not cluttered due to discomfort and this helps him study.


Now on the other hand abstaining from marriage in reality blocks whatever knowledge he wants to attain, because it is not possible to acquire knowledge in a state of confusion and anxiety. However, if he gets married, his mind is at rest and his soul is at ease. He gets a house to take as a shelter and a wife who relaxes and helps him. These things help him to attain knowledge.
Read more »
Posted by Umm Hasna at 2:35:00 PM No comments: 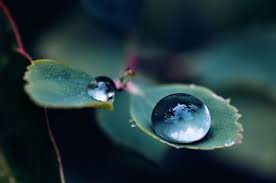 “And the cure for this deadly illness (i.e. love before marriage) is for the person that is afflicted to realize that this love is only due to his/her own delusions and ignorance.

So, upon such a person is to first and foremost strengthen their Tawheed and reliance upon Allaah, and secondly to increase in worship and busy themselves with it, so much so that they do not have any spare time to let their minds wander and think about their beloved.

"Iblees places his throne upon water & thereafter sends detachments (for creating dissension); the nearer to him in rank are those who are most notorious in creating dissension. One of them comes and says: I did so and so. And he says: You have done nothing. Then one amongst them comes and says: I did not spare so and so until I sowed the seed of discord between a husband and a wife. Shaitaan goes near him and says: 'You have done well.' A’mash said: 'He then embraces him.'" 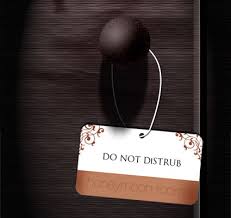 An Imitation of the Non-Muslims and a Great Waste of Money....

“With regard to what is called the “honeymoon”, it is even worse and more reprehensible, because it is an imitation of the non-Muslims and it is a great waste of money. It also leads to neglect of many religious matters, especially if this time is spent in a non-Muslim country, after which they come back with habits and customs that are harmful to them and to their society. These are matters which are dangerous to the ummah. But if the man were to travel with his wife to do ‘Umrah or to visit Madinah, there is nothing wrong with that, inshaAllaah.”

“Choose the one that possesses the religion and may you prosper.”

On the authority of Abu Hurairah رضي اللّه عنـه, that the Messenger of Allaah صلّى اللَّهُ عليه وسلّم said:

“The woman is married for four reasons: For her wealth, status, beauty & religion. Choose the one that possesses the religion & may you prosper.”
[Bukhari & Muslim]

This prophetic narration clarifies some of the characteristics that motivate a man to marry a woman. It also specifies the preferred trait one should look for in a spouse which is marrying a religious one. So it is befitting when an individual intends to marry, that he chooses a woman who is religious. He should not choose a woman that is negligent regarding her religion due to the Prophet’s, peace be upon him, statement:

“Choose the one that possesses the religion & may you prosper.”

“For her wealth”: If the woman is wealthy, men will be attracted to her because of it. However, this could be harmful to the man and as well as her, in that she could become arrogant and/or oppressive to him and mention (all) her favours that she has done for him spitefully. So as a result the wealth would be the cause for adversity in their marriage.
Read more »
Posted by Umm Hasna at 4:38:00 PM No comments:

Ruling on women advertising their desire to marry in newspapers

Q: What is the ruling on women advertising in newspapers & magazines their descriptions seeking marriage?

A: A woman advertising her desire to marry in newspapers and magazines and listing her descriptions conflicts with chastity, modesty and decency. It is NOT a Muslim custom at all. Thus, it is obligatory to refrain from doing it. Furthermore, it conflicts with the responsibility of her Waliy (a legally accountable person acting for a woman seeking marriage) through whose approval she may be given in marriage.