How much Qur'aan should we read??

What a beautiful statement

A man once asked one of the Salaf:
How much Qur’an should we read?

He replied: Equivalent to the amount of happiness you are looking for.

The Mannerisms & Characteristics of those who uphold the Qur'aan - 6 The People of the Qur'aan are known for their beautiful, noble characteristics. It is beautiful recitation, memorization, pondering and application. The Speech of Allaah سُبحانه وتعالى is the BEST Speech in the world. Those who busy themselves upholding the Speech of Allaah necessitates that they be known for good character and mannerism as mentioned by Imaam Aajuri (رحمه الله) has mentioned. By upholding these characteristics one will gain complete happiness in this world and the world Hereafter.

The beholder of the Qur'aan conducts himself to that which Allaah سُبحانه وتعالى and His Messenger صلّى اللَّهُ عليه وسلّم call to. This is the one who will have true happiness. Happiness is not obtained in material things though the Kuffaar try to make us belief that it is so. If we take a close look at all these noble characteristics, we will notice that all of this has to do with our relationship with our Creator and creation --- i.e., how we should conduct ourselves with Allaah (our correct understanding of Him سُبحانه وتعالى) and with each other.

From the characteristics that is necessary for the beholder of the Qur'aan is that he controls his anger.
Click to continue to read & click
Posted by Umm Hasna at 7:22:00 PM No comments:

The example of the believer who recites the Qur’âan...

In the two Authentic Books on the authority of Abu Musa from the Prophet (صلّى اللَّهُ عليه وسلّم):

وَعِبَادُ الرَّحْمَنِ الَّذِينَ يَمْشُونَ عَلَى الْأَرْضِ هَوْنًا وَإِذَا خَاطَبَهُمُ الْجَاهِلُونَ قَالُوا سَلَامًا
"And the slaves of the Most Beneficent (Allâh) are those who walk on the earth in humility & sedateness, & when the foolish address them (with bad words) they reply back with mild words of gentleness."
(Al-Furqan 25:63)
Read more »
Posted by Umm Hasna at 4:15:00 PM No comments:

The Mannerisms & Characteristics of those who uphold the Qur'aan - 5 From the negative descriptions that a person should be free from is that they should not display arrogance and arrogant behaviour towards anyone. They should not be overbearing, presumptuous, boastful, haughty and treating others unjustly. All these traits negates humbleness.

'Humble yourselves so that you won't boast. The one who boasts will be a party against another nor should he display arrogant behaviour to someone else.'
(Bukhari)

From the characteristics that the beholder of the Qur'aan should free himself from is that they should not have 'bad thoughts about anyone) - (soo ad-dhan) except for someone who deserves it i.e. their situation is clear. Other than that, we should have good thought of our brothers and sisters in Islaam.

The Mannerisms & Characteristics of those who uphold the Qur'aan - 4 From the characteristics of the beholders of the Qur'aan {Hamalatul Qur'aan - حَمَلَةُ القُرْان} should have is that they should NOT be known for a lot of laughter. Imaam Aajuri - آجُرِّي (رحمه الله) mentioned that he should be known for laughing a little. It has been confirmed that the Prophet صلّى اللَّهُ عليه وسلّم would laugh in particular situations but he did not do this in abundance.

“Do not laugh too much. Verily, too much laughter will harden the heart.”
(Sunan Ibn Mājah 4193 - saheeh according to al-Albani)


The next characteristic Aajuri (رحمه الله) mentioned is that the person should NOT be amazed at his capabilities. They should not praise themselves concerning that which Allaah سُبحانه وتعالى has blessed and bestowed upon him. This could be knowledge, wealth, skills, his ability to recite the Qur'aan, the quantity he has memorized.

The Mannerisms & Characteristics of those who uphold the Qur'aan - 3 Aajuri (رحمه الله) mentioned that it is from both Sheikh Abu Bakr Zaid (رحمه الله) and Imaam an-Nawawi رحمه الله in Tibyaan that:

** Both the teacher and the student must have the intention for the pleasure of Allaah in this action of reciting the Qur'aan.


The Salaf used to say:

"The people are not given except according to their intention..."

People of the Qur'aan - conclusion of Lesson 2. 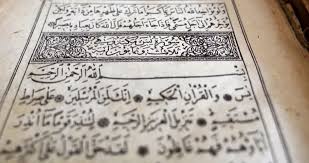 A few ahadith that will aid us to increase our humility and make us yearn to be from among the People of the Qur'aan:

'The BEST of you are those who study the Qur'aan (learn) & then teach it."
(Bukhari)

"This indicates to the studying of the Qur'aan and the BEST  teachers are those who teach the Qur'aan."

-- There are many types of sciences that are taught but the BEST teachers are those that teach the Qur'aan.

Continue to read & download
Posted by Umm Hasna at 5:08:00 PM No comments: