The Ruling on going to Amusement Parks !! 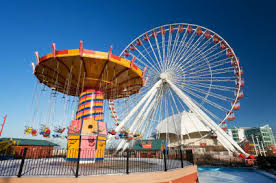 
"Beware, O' Jealous father, from going with your family to free-mixing amusement parks and recreational beaches which have evils apparent in them."

Question: Many Parents go with their children to what is called Children’s amusement parks. In it are oppositions to the Shari'ah, such as some women displaying their bodies. The children are severely eager to go to these amusement parks. So what is the legislated ruling on going there?

Answer: “These amusement parks, as our questioner mentioned, have in them evils. So if a place has evils, then if a person is able to remove these evils it is obligatory upon him to attend to remove them. As for if he is unable, then it is haraam upon him to attend. So now we say: Take your children to the open land and that will suffice.
Read more »
Posted by Umm Hasna at 9:58:00 PM No comments: