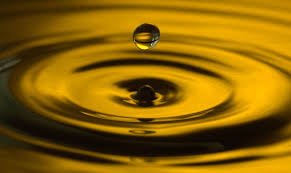 ﻿
A Beneficial E-Book in English on:

‘The Prayer & Zakat’
(Brief description of some important matters of the prayers and Zakat as taken from Sheikh’s explanation of Riyadh-us-Saaliheen.)

Ibn Qudamah’s comments on the prayer

It is also desirable for the worshiper to make his heart present during all the matters which are related to the prayer. When he hears the call of the Mu’adhin he should liken it to the call on the Day of Judgement and set out to answer it with vigour and determination. Let him consider (the reality of) what he is responding to and in what state his body comes to the prayer. When he has covered himself (for the prayer) he should realize that the purpose behind it is to conceal the shamefulness of his body from the creation. Let him also realize his deficiencies and defects and the scandals and disgraces of his inner self which none can know except the Creator and which none can cover or hide. Only remorse, modesty and fear can expiate for them.
Read more »
Posted by Umm Hasna at 12:53:00 PM No comments:

Whoever is knocking at the door of Allaah..

A Warning from Wasting away the Prayer !!

Sheikh ‘Abdur Rahman ibn Naasir as-Sa’dee (may Allaah have mercy upon him) said in one of his Friday sermons:

“ Oh Mankind! Fear Allaah سُبحانه وتعالى, & beware of being from those who Allaah mentioned concerning them:

They disregarded the prayer by not praying it at its correct time & were negligent concerning the juma’ (Friday prayers) & congregational prayers. They did not fear there Lord nor were they heedful of His punishments. When they offered the prayer it was like the pecking of a bird not consisting of any tranquility, serenity or hope of a reward. You would think they were being propelled when they began to pray & you see them careless about its pillars & conditions, unconcerned about its completeness. They forgot Allaah, therefore He forgot them & they wasted the worldly & religious benefits.
Read more »
Posted by Umm Hasna at 1:26:00 AM No comments: