The Creation is in Need of Allaah 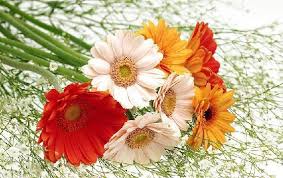 
Man always looks for what benefits him and what protects him from harm. However, to accomplish this, man must be able to realize what is harmful. He must then know whom he should need, trust, and love so that he can attain what is beneficial as well as to feel good about his choice. He also must know the proper and good approach that would make him achieve this goal. This latter condition requires that man:

Certainly, man can have no better guidance than that which comes from the One Who had perfected everything, and the One who Has no deficiency in Himself and in His Attributes. The One Who is Ever-Living and Who does not die. There can be no One better than the One Who Has no need for anything; the One Who is rich; the Giver; the One who, after all, controls man’s soul. Man is so poor to Him. He is Allaah, the True and only God. Man can bring harm to himself if he seeks other than Allaah for help. Allaah is the One Who can help man drive away any harm for it cannot occur without His Will and His Power.

Allaah (سُبحانه وتعالى) sent down His Books and chose His Messengers to guide man to:

1.      Know His Lord as He (سُبحانه وتعالى) had explained about Himself, and
2.      Seek Him Alone while living in accordance with His plan

Knowing Allaah’s Names and Attributes liberates man from worshiping any form of creation because creation is weak and is in need of The Creator, Allaah. The knowledge about Allaah leads man to know that he is created to live according to Allaah’s way as revealed to the last Messenger Muhammad صلّى اللَّهُ عليه وسلّم. This Revelation contains a complete code of life. Everything that is beneficial or harmful is established so that man can center his life around this Revelation. If man commits wrong and knows that Allaah is Oft-Forgiving he would turn to Him and to Him alone seeking His forgiveness:

فَاعْلَمْ أَنَّهُ لَا إِلَهَ إِلَّا اللَّهُ وَاسْتَغْفِرْ لِذَنبِكَ
“Know, therefore, that there is no God Who deserves to be worshiped except Allaah; and ask forgiveness for your sins.”
(Muhammad, 47:19)

It is wrong to think or believe that Allaah created other ‘gods’ besides Him so that man turns to them for help; loves them or fear them, etc. He is the same God of all nations. He does not order that people should make of stars, sun, fire, Jesus, Moses, etc. gods besides Him. He (سُبحانه وتعالى) cannot be ‘contradictory’. He has one way (religion) that calls man to surrender his will only to Him. He warned that if man (even Muhammad would take partners with Him, then his work will fail and will be among losers:

وَلَقَدْ أُوحِيَ إِلَيْكَ وَإِلَى الَّذِينَ مِنْ قَبْلِكَ لَئِنْ أَشْرَكْتَ لَيَحْبَطَنَّ عَمَلُكَ وَلَتَكُونَنَّ مِنَ الْخَاسِرِينَ
بَلِ اللَّهَ فَاعْبُدْ وَكُن مِّنْ الشَّاكِرِينَ
“And verily, it had been revealed to you (O Muhammad) as  has been revealed to those before you. If you join others in worship with Allaah (then) surely (all) your deeds will be in vain and you will certainly be among the losers. Nay!  But worship Allaah and be among grateful.”
(Az-Zumar, 39:65-66)

Let us know what Muhammad, the man-Prophet, who knew Allaah best, used to say:

“I have surrendered myself to You, I have directed my face to You, I have entrusted my affairs to You, I have compelled my back to refuge in You, in want and in fright of You, there is no resort nor survival from You except (in turning) to You. I have faith in Your book (i.e. the Qur’aan) which You brought down and in the Prophet (Muhammad) you have sent.”
(Al-Bukhari, Muslim)

When we read in the Qur’aan that:

مَا يَفْتَحِ اللَّهُ لِلنَّاسِ مِن رَّحْمَةٍ فَلَا مُمْسِكَ لَهَا وَمَا يُمْسِكْ فَلَا مُرْسِلَ لَهُ مِن بَعْدِهِ وَهُوَ الْعَزِيزُ الْحَكِيمُ
“Whatever of Mercy (i.e. of good), Allaah may grant to mankind, none can withhold it, and whatever He may withhold, none can grant it thereafter. And He is the All-Mighty, the All-Wise.”
(Fatir, 35:2) 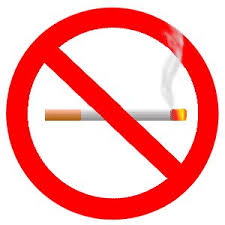 Many Muslims regard smoking as disliked by Sharee’ah but not forbidden. When an advice is given about smoking and its ruling you often hear a defensive response. People know the killing effects of smoking, but Satan wants them to keep on spending and burning their chests.

Certainly, cigarettes were not present in the lifetime of the Prophet صلّى اللَّهُ عليه وسلّم. However, what was present and will continue to be present is the Revelation in its forms, the Qur’aan and authentic Sunnah. The Qur’aan formulated the prohibition of everything that is evil:

Let us see whether smoking is evil or not?

Email ThisBlogThis!Share to TwitterShare to FacebookShare to Pinterest
Links to this post
Labels: Dr. Saleh as Saleh, Smoking

Significance & Virtues of the Day of Arafah

Fasting on the day of Arafah is an expiation for TWO years:

Imaam at-Tirmidhee رحمه الله said,
“The People of Knowledge consider it recommended to fast on the day of ’Arafah, except for those at ’Arafah.”
[Muslim (no. 1348)]

Dr Saleh As-Saleh (rahimahullaah) was from the foremost students of Shaykh Ibnul-Uthaymeen (rahimahullaah). He took knowledge from the Shaykh from a long distance for a while, then on a continuous basis from 1412-1415H and then regularly from 1415H where he became a dedicated student and studied with him until his death in 1421H. Dr Saleh lived around 500 yards from Shaykh’s Ibnul-Uthaymeen’s house and has been blessed by Allaah to have obtained a PHd in Medical Biochemistry and was a professor at Qaasim University, KSA. Furthermore, he was a well-known author of many great writings and books. He resided in 'Unayzah, KSA and was active in his call to the Salafi da’wah. He used to hold regular classes in the English Language on Paltalk.

You can find most of Dr Saleh Rahimahullaah’s Audios on this site, Inshaa Allaah.