What is 'real success'?? 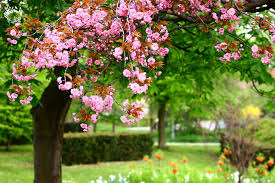 "Success is not attaining something from the dunya, (real) success is to be saved from Hellfire and entering Jannah." 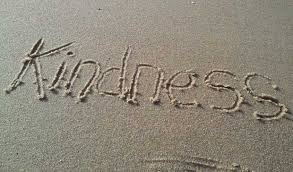 Imaam ibnul Qayyim (رحمه الله تعالى) "The person who treats others kindly and thinks well of them, will find that his intention will remain true, he will feel at ease, his heart will be sound and Allaah will protect him from evil and calamity." 📘Madarij as-Salikeen 2/511﻿
Posted by Umm Hasna at 11:10:00 PM No comments:

قال شيخ الإسلام (رحمه الله) فإن الإنسان قد يعرف أن الحق مع غيره ومع هذا يجحد ذلك لحسده إياه, أو لطلب علوه عليه أو لهوى النفس, ويحمله ذلك الهوى على أن يعتدي عليه ويرد ما يقول بكل طريق وهو في قلبه يعلم أن الحق معه
**Sheikh-ul-Islaam (رحمه الله تعالى): "So indeed a person may know that the truth is with other than him and, in spite of this, he rejects that due to his envy of him or due to seeking to be above him or due to the desire of the soul. And that desire causes him to transgress against him, reject that which he says by any way whilst in his heart, he knows that the truth is with him." **Source: Majmoo al Fataawa, vol. 7, pg. 191﻿
Posted by Umm Hasna at 11:04:00 PM No comments:

The virtues of Qur'aan 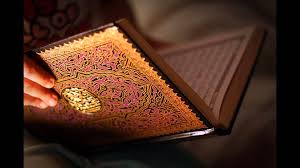 Abu Bakr As-Siddiq sent for me when the people of Yamama had been killed (i.e., a number of the Prophet’s Companions who fought against Musailama).

(I went to him) and found ‘Umar bin Al-Khattab sitting with him. Abu Bakr then said (to me), “Umar has come to me and said: “Casualties were heavy among the Qurra’ of the! Qur'aan (i.e. those who knew the Quran by heart) on the day of the Battle of Yalmama, and I am afraid that more heavy casualties may take place among the Qurra’ on other battlefields, whereby a large part of the Qur'aan may be lost. Therefore I suggest, you (Abu Bakr) order that the Qur'aan be collected.”

I said to ‘Umar, “How can you do something which Allaah’s Apostle did not do?”

‘Umar said, “By Allaah, that is a good project. “Umar kept on urging me to accept his proposal till Allaah opened my chest for it and I began to realize the good in the idea which ‘Umar had realized.”

Then Abu Bakr said (to me). ‘You are a wise young man and we do not have any suspicion about you, and you used to write the Divine Inspiration for Allaah’s Apostle. So you should search for (the fragmentary scripts of) the Qur'aan and collect it in one book).”

By Allaah If they had ordered me to shift one of the mountains, it would not have been heavier for me than this ordering me to collect the Qur'aan.

Then I said to Abu Bakr, “How will you do something which Allaah’s Apostle did not do?”
Read more »
Posted by Umm Hasna at 10:57:00 PM No comments:

Lessons for the seeker of knowledge


✒Some Etiquettes To Adhere To When Jotting Down Points Of Benefits
*Remember that writing down knowledge is a virtuous act of worship if the person is sincere.

*Write one’s full name and Kunyah along with one’s contact information in case his notebook is lost.

Make an index and headlines accordingly and write before a subject the word “Bismillah”.

*Summarize lengthy points of benefits along with preserving the full version.

*Do not write in pencil unless the benefit will be rewritten in pen and preserved.

*Avoid highlighting words by underlining them as has been advised by the scholars.
Read more »
Posted by Umm Hasna at 10:43:00 PM No comments:

"Waiting patiently for the time of ease is Ibaadah…⌛