Iblees tries to make people lazy procrastinators, and to make them have hope (of a long life)..

Many Jews and Christians contemplated joining Islaam, but Iblees convinced them to procrastinate saying: “Do not rush, look more into the issue,” until they die as non-Muslims.

He also causes the sinner to procrastinate seeking repentance.


“Do not rush into committing a sin, and then procrastinate repenting.”

A Bridge is Not a Home 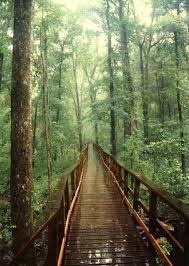 It was reported that (Prophet) Nuh lived in a house made of wool for nine hundred and fifty years. The Messenger صلّى اللَّهُ عليه وسلّم never put a stone over another [his house was built of mud] and on Umar ibn al-Khattab’s رضي اللّه عنـه garment there were twelve patches. This is because they understood that this world is a bridge and a bridge should not be taken as a home. Thus, whoever fails to be aware of this knowledge will be afflicted with the disease of Sharah1, and should cure himself by seeking knowledge and contemplating the biographies of wise scholars.

1. Sharah: Used for extravagance, and is generally used to refer to gluttony