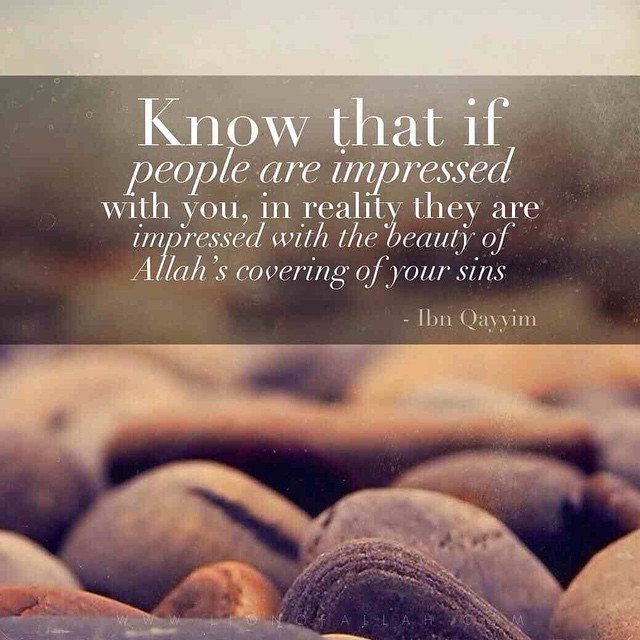 How Sins can Cause you to Enter Paradise.

‘Indeed a slave commits a sin and enters Paradise through committing it and he performs a good deed and enters the Hellfire through performing it.’

It was asked ‘How is this (possible)?’

‘A sin is committed and thus does not cease to be before his eyes (causing him to be) fearful of it, concerned about it frightened and weeping due to his regret of doing it. Feeling ashamed due to this action before his Lord The Most High, with his head lowered between his hands, and his heart broken and despondent due to it.

Therefore that sin will be more beneficial to him than numerous acts of obedience could be. As a consequence these previously mentioned matters are the cause for this slave of Allaah’s happiness and success until that sin will be a reason for him to enter Paradise.

A slave of Allaah performs a good deed and he continues to view it as if he has performed a favour for his Lord and is egotistic due to that good deed, and he is conceited, vain and arrogant due to the sin. So he says I did such and such action (boasting) causing to him to inherit the characteristic of pride, haughtiness and adopting an overbearing attitude.
Read more »
Posted by Umm Hasna at 11:54:00 AM No comments:

A few consequences of sinning/disobeying Allāh. 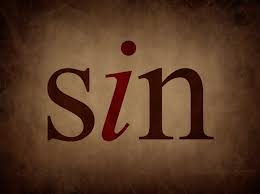 Imâm Ibnul-Qayyim رحمه الله listed a few consequences of sinning/disobeying Allāh:
• Lack of success
• Corrupt views
• Blindness from truth
• Corruption of the heart
• Failing to remember Allāh
• Wasting of time
• Avoidance and hate by the creation
• Separation between the servant and his Lord
• Supplication not being answered
Read more »
Posted by Umm Hasna at 1:52:00 PM No comments: 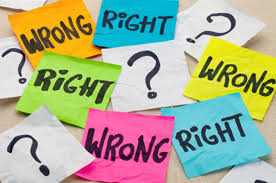 Question: A sister with the initials 'A.A' from Riyadh says in her question: I read that from the consequences of sinning is punishment from Allaah and the removal of blessings. So I weep out of fear from that, direct me, may Allaah reward you with goodness?

Answer: No doubt that committing sins are from the causes that draw the Anger of Allaah (The-Exalted and Glorious), and from the causes of eradicating blessings, drought and the domination of the enemy as Allaah سُبحانه وتعالى said:

“And indeed We punished the people of Fir'aun (Pharaoh) with years of drought and shortness of fruits (crops, etc.), that they might remember (take heed).” [1]

And Ayaat related to this meaning are many. And it has been authentically reported that the Prophet (صلى الله عليه وسلم) said:

“A servant is prevented from provision due to a sin that he commits.” [3]

Therefore, it is obligatory upon every Muslim, man and woman, to beware of sins and to repent from what has passed, along with having good thoughts of Allaah the Exalted and hope in his forgiveness, and fear his Anger and punishment, as The-Exalted said in His Noble Book about His righteous worshipers:
Read more »
Posted by Umm Hasna at 1:16:00 PM No comments:

Punishment for Sins Can Be Removed by Ten Causes..!

The texts of the Book and the Sunnah have indicated that the punishment (due) for sins can be removed from the servant by around ten causes. They are:


The first: Repentance, and this is agreed upon amongst the Muslims.
The second cause: Seeking forgiveness.
The third cause: Good deeds which wipe out (evil deeds).

Are Sins Causes of Eradicating Blessings??


Question: A sister with the initials 'A' from Riyadh says in her question: 'I read that from the consequences of sinning is punishment from Allaah and the removal of blessings. So I weep out of fear from that, direct me, may Allaah reward you with goodness?'

وَلَقَدْ أَخَذْنَا آلَ فِرْعَونَ بِالسِّنِينَ وَنَقْصٍ مِّن الثَّمَرَاتِ لَعَلَّهُمْ يَذَّكَّرُونَ
“And indeed We punished the people of Fir'aun (Pharaoh) with years of drought and shortness of fruits (crops, etc.), that they might remember (take heed).”
(Al-A'raf 7:130)

From the Benefits of the Sittings of Knowledge

“A people do not sit together remembering Allaah and then rise from their place of sitting, except that it is said to them: "Rise! For indeed Allaah has forgiven your sins and has turned your evil deeds into good ones!”

“Sins are like chains & locks preventing their perpetrator from roaming the vast garden of tawheed & reaping the fruits of righteous actions.”

“Know that the heart of a person of sound mind cannot be free of sadness, because he remembers his previous sins, therefore becomes sad, he thinks about his negligence, reflects on what the scholars & the righteous have said, as a result he becomes sad for not taking heed.”

The BEST you can meet Allaah with…

It is reported from ‘Â’ishah – (radiallaahu anhaa) – that she said:

“You will never meet Allah with anything better for you than having few sins. Whoever wants to surpass those who exert themselves in worship, let him stop himself from committing numerous sins.”