Reflecting upon the patience of Yoosuf ( عليه السلام) 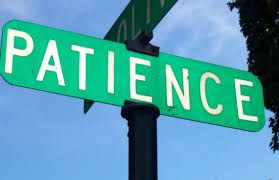 
((The patience of Yoosuf عليه السلام against compliance to the wife of Al-‘Azeez in her matter was more complete than his patience over his being thrown into the well by his brothers and his being sold off as well as their separating him from his father. For these affairs passed him whilst he had no choice in them, he was not secure from them; the servant is in no position in them except to have patience. As for his patience from committing sin; then that was practicing a patience of choice and waging a war upon the Nafs (inner-self/soul).


In particular with the presence of the reasons that would add strength to that: for she had allegations which were appropriate – since he was a youth, and so the prime of youth to that is strong, and he was single – he had nothing that could substitute that and so repel his desire, and he was a stranger – and a stranger does not feel shy in the land in which he is a stranger in the same way that he would feel shy being amongst his own companions and those that know him as well as his family. He was likewise under ownership – and so for the one who is owned his obstruction is not like the obstruction of the one who is free, and the woman was beautiful – and possessing high lineage as well as her being in authority over him, and so any watcher is absent, and she is calling him to herself – and covetous upon that with extreme desire, and with that she promises him if he does not conform to that with: imprisonment and debasement.

Yet with all these pretensions he was patient out of choice and preference with that which is with Allaah, and where is that in comparison to his patience in the well in which he had no security from?))