Giving Charity is a CURE for your illness! 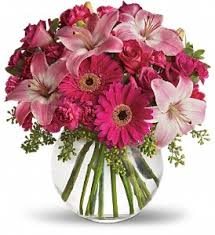 Seeking Treatment for an Illness by Giving Charity....

From Ubadah bin Saamitt who said: I heard the Messenger of Allaahصلّى اللَّهُ عليه وسلّم  saying:

‘There is no person who is afflicted with a wound on his body, and he gives charity due to that, then Allaah expiates from him the like of what he gave in charity.'
[Collected by Ahmad & Albaani declared it to have an authentic Isnaad in Saheehah No. 2273]

Benefits of giving Sadaqah:
A man asked Abdullaah bin al-Mubarakرحمه الله  about ulcers that had sprung out on his knee for about seven years, and he tried to treat it with various treatments, he had asked doctors but to no avail. So Ibn Mubarak said: ‘Go and dig a well in a place where people need water, indeed I hope that there springs up water there, and by that you stop bleeding.’  The man did that and Allaah سُبحانه وتعالى cured him.’
[Taken from: ‘Seerah ‘Alaam’ 8/407]


Al-Bayhaqi quoted a story of our Sheikh al-Haakim Abu Abdullaah رحمه الله who was afflicted with ulcers on his face, and he had tried a number of treatments but they did not go away, and it remained like that for nearly a year. He then asked the teacher, Imâm Abu Uthmaan as-Sabooni to make Dua’ for him in one of his gatherings on Friday. So he made Dua’ and many of the people with him said Aameen.

When it came to the next Jumma’h a woman came to the gathering and left a brief message saying that she had gone back home and exerted herself in making Dua’ for al-Haakim Abu Abdullaah that night, and that she had seen the Messenger of Allaah صلّى اللَّهُ عليه وسلّم in her sleep, and it was as if he was saying to her: 'Tell Abu Abdullaah to distribute water amongst the Muslims.'

I came with that message to al-Haakim, and he ordered that a watering place be built at the door of his home, when they had finished building it, he ordered for water to be poured into it and ice placed into that water, and then the people began drinking from that water.

Not a week had passed by, except that it was obvious that his health had been restored, and the ulcers had ceased. His face had become better than it was before, and he lived like that for a number of years.’
[Collected in ‘Saheeh Targheeb wa Tarheeb’ No. 96.

‘A fitnah (trail) which a man faces with regard to his family, his wealth, his own self, his son and his neighbor is expiated by fasting, prayer, charity, enjoining good and forbidding evil.’
[Collected by Bukhari & Muslim]

‘Indeed Sadaqah has an amazing effect in repelling different types of trials and tribulations, even if the charity was given by an evil person, or an oppressive person, in fact even if it was given by a non-Muslim! Indeed Allaah سُبحانه وتعالى repels different types of trials and tribulations due to giving Sadaqah. This is a matter which is well-known to the scholars and the general folk, and all of the people on the earth can associate with this fact because they have experienced it.’