Sleeping after Fajr & Asr is disliked 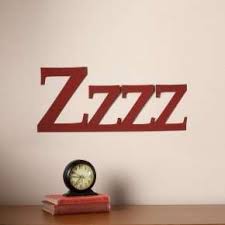 As for the hadith, “Whoever sleeps after ‘Asr and loses his mind as a result has no-one to blame but himself,” then it is a weak [narration] and it is known for its weakness.

The Sheikh رحمه الله comments on this narration in his explanation of al-Adab al-Mufrad by Imâm Bukhari on page 363 Vol. 3. He رحمه الله said,

This narration contains beneficial guidance that relates to mankind’s daily and nightly life and conduct. [This guidance] is pertaining to the time of sleeping/napping, and the origin of the time to sleep is during the night.
As for sleeping during the beginning of the day, then it is disliked because of the benefits [that are present] at that time for mankind’s religious and worldly affairs. Encouragement for [taking advantage of] this part of the day is found in the statement of the Prophet [صلّى اللَّهُ عليه وسلّم],


اللهم بارك لأمتي في بكورها “O Allaah place barakah for my nation in their mornings.”  [Ahmad (3/417), Abu Dawud (2606), Tirmidhi (1212), Ibn Maajah (2236)] When a seeker of knowledge, or one who seeks to earn a livelihood in the dunya, begins their day in the morning then that is a successful method. However, sleeping at this time is considered to be misuse of that [important] part of the day.
Translator’s note: As they say:

“The early bird gets the worm.”

Sleeping during the middle of the day is called “Qayloolah”. This is a praiseworthy time to sleep because it will aid a person to fulfill their duties for the rest of the day.

As for sleeping at the end of the day, before night falls, then this is also considered to be a misuse of that portion of the day. Except in a case of a person who had a need [that had to be fulfilled and that person was overtaken by sleep], then there is nothing wrong with sleeping during these times.

And as for what has been attributed regarding the disapproval of sleeping after the ‘Asr prayer, then that narration is weak just as the author mentioned.
[Bukhari]
Posted by Umm Hasna at 2:40:00 PM