The Two Deviated Paths of Learning 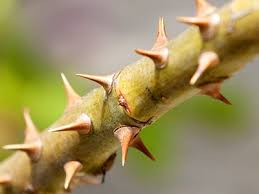 There are now (in this day and time) two deviated paths regarding learning:

1) Learning (only) from books without (learning from) the ‘Ulamaa. This is a deviated path and many have gone astray because of it. This is due to the person not understanding what is in the books or he understands in a manner that is not intended because the books have not been explained and clarified to him. Or it is possible that the author is a deviant in his understanding or in his knowledge, so he fills his books with the mistakes in the matter of the knowledge.

So, this ignorant youth reads them and embraces them. Therefore the books are not to be depended upon. This is even if they are authentic books. You will not understand them upon that which is required (for one to understand them). The Khawaarij did not go astray or lead others astray along with their intelligence and piety except due to them keeping away from the ‘Ulamaa, depending upon their understanding and those (who don’t have understanding) like them. So they received (knowledge) from one another and as a result they became a harm upon themselves and a harm upon the Ummah.

You (yourself) seek the knowledge in order that you know the truth.  As for you declaring the people to be wrong before you learn and you say, “so and so said this and so and so said that and be aware of so and so…”

This is not a sound methodology.
Allaah سبحانه و تعالى stated:

Oh you who believe, when a criminal comes to you with news, verify it lest you harm a people out of ignorance and then afterwards you will be regretful.”
(Soorah Al-Hujurat: 6)

How can you verify and establish except by way of learning the beneficial knowledge at the hands of its known people?