Special Characteristics of the Salafee Woman 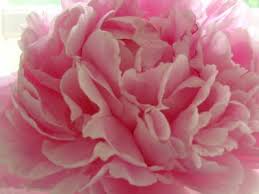 
[1]: She holds fast to the Book of Allaah and the Sunnah of the Messenger of Allaah (صلّى اللَّهُ عليه وسلّم, within the limits of her capability, upon the understanding of the Salafus-Saalih.

[2]: And it is also befitting for her to deal with the Muslims in a fine manner.  Rather, even with the disbelievers.  So Allaah the Mighty and Majestic says in his Noble Book,
“And speak to people good words…”
[Sooratul-Baqarah  2:83]
And He says,
“Indeed, Allaah commands you to render trusts to whom they are due.” [Sooratun-Nisaa‘ 4:5]

And Allaah the Glorified and Exalted said,
“O you who have believed, be persistently standing firm in justice, witnesses for Allaah, even if it be against yourselves or parents and relatives. Whether one is rich or poor, Allaah is more worthy of both. So follow not personal inclination, lest you not be just. And if you distort your testimony or refuse to give it, then indeed Allaah is ever, with what you do, Acquainted.” [Sooratun-Nisaa‘ 4:1235]


[3]: Likewise, it is obligatory upon her to maintain the Islaamic dress.  And she must distance herself from the enemies of Islaam.  Imaam Ahmad (d.241H) relates in his Musnad from the hadeeth of ’Abdullaah Ibn ’Umar (radiyallaahu ’anhumaa) who said, ‘The Messenger of Allaah (صلّى اللَّهُ عليه وسلّم) said, ‘Whosoever resembles a people, then he is from them.” [1]

And Allaah, the Lord of Might, says concerning the affair of the dress,
“O Prophet, tell your wives and your daughters and the women of the believers to bring down over themselves part of their outer garments. That is more suitable that they will be known and not be abused.” [Sooratul-Ahzaab 33:59]

And at-Tirmidhee (d.274H) relates in his Jaami’ from the hadeeth of ’Abdullaah Ibn Mas’ood (radiyallaahu ’anhu) who said, ‘The Messenger of Allaah (صلّى اللَّهُ عليه وسلّم) said, ‘The woman in an ’awrah (whatever is required to be covered).  So when she goes out, the Shaytaan looks out for her.” [2]

[4]: And we advise her to treat her husband well if she desires a felicitous life.  So the Prophet (صلّى اللَّهُ عليه وسلّم) said, “When a man calls his wife to his bed and she refuses, the Angels curse her.” [3] The hadeeth is agreed upon.  And there occurs in Saheeh Muslim, “…except that the One who is above the heavens is angry with her.” [4]

[5]: Likewise, she must also carry out the upbringing of her children with an Islaamic upbringing.  So al-Bukhaaree (d.256H) and Muslim (d.261H) relate in their Saheehs from the hadeeth of ’Abdullaah Ibn ’Umar (radiyallaahu ’anhumaa) who said, ‘The Messenger of Allaah (صلّى اللَّهُ عليه وسلّم) said, ‘Each of you is a shepherd and each of you will be questioned about his herd.” [5] And he mentioned that the woman is, “a guardian over the household of her husband and she will be questioned about her flock.” [6]

And there occurs in the Saheehayn (i.e. al-Bukhaaree and Muslim) from the hadeeth of Ma’qil Ibn Yasaar (radiyallaahu ’anhu) who said, ‘The Messenger of Allaah (صلّى اللَّهُ عليه وسلّم) said, ‘There is no shepherd whom Allaah has entrusted with a flock and then he does not sincerely render his trust, except that he will not find the fragrance of Paradise.” [7] So it is not permissible to pre-occupy her with the da’wah over the upbringing of her children.

[6]: Likewise, it is befitting for her to be pleased with whatever Allaah has judged from the excellence of the man over the woman.  Allaah the Glorified and Exalted said,

“And do not wish for that by which Allaah has made some of you exceed others.” [
Sooratun-Nisaa‘ 4:32]

And Allaah the Glorified and Exalted says,
“Men are in charge of women by right of what Allaah has given one over the other and what they spend for maintenance from their wealth. So righteous women are devoutly obedient, guarding in the husband’s absence what Allaah would have them guard. But those wives from whom you fear arrogance – first advise them; then if they persist, forsake them in bed; and finally, strike them. But if they obey you once more, seek no means against them.” [Sooratun-Nisaa‘ 4:34]

And there occurs in the Saheehayn from the hadeeth of Abee Hurayrah (radiyallaahu ’anhu) who said, ‘The Messenger of Allaah (صلّى اللَّهُ عليه وسلّم) said, ‘Treat women kindly, for woman was created from a bent rib, and the most crooked part of the rib is the top part.  So if you should try to straighten it, it will break, but if you leave it as it is, it will remain crooked.” [8] So it is befitting for the woman that she remain patient upon whatever Allaah has decreed for her in terms of the man’s excellence over her.  And this does not mean that she must be enslaved to him.  The Messenger of Allaah (صلّى اللَّهُ عليه وسلّم) said, as occurs in the Jaami’ of at-Tirmidhee,

And their occurs in the Sunan and in the Musnad of Imaam Ahmad (d.241H) from the hadeeth of Mu’aawiyah Ibn Haydah, that a man said, “O Messenger of Allaah!  What is the right that our wives have over us?”  He replied, “That you feed them whenever you eat and that you clothe them with whatever clothes you have and do not strike them in the face and that you do not rebuke them and that you do not separate from them, except within the house.” [10]

So what was it, may Allaah bless you?  So it is befitting that all of us co-operate upon goodness.  The man must deal with his wife in an Islaamic manner and he must aid her in seeking knowledge and he must aid her in calling to Allaah.  And the woman must deal with her husband in an Islaamic manner and she must aid him in knowledge and in calling to Allaah and in good upkeep of the household.  So Allaah the Mighty and Majestic says,